The main goal of the iNano project is the development of a new synthesis approach for indium phosphide-based semiconductor nanocrystals. The unique properties of these NCs will be used to gain a better understanding of the neurocognitive proc. in the brain.

iNano aims to solve medical challenges and provide a new type of tool for neuroscientists. The unique optoelectronic properties of semiconductor nanocrystals (NCs), also termed quantum dots (QDs), make them to promising tools for unravelling some of the mysteries of the brain. They will allow using light to stimulate and/or detect neuron activity and thus enable a better understanding of processes in the brain. Among the possible materials, indium phosphide (InP)-based NCs are very attractive. However, there are three big challenges: i) a small size distribution, ii) photoluminescence (PL) in the near-infrared region, iii) synthesis of non-spherical NCs.

The overall aim of the iNano project is to develop a new synthesis approach for the preparation of InP NCs, which will be used to record and stimulate neuron activity in dorsal root ganglion neuron cells. Highlights are the first preparation of rod-shaped InP NCs, their complete optoelectronic characterization on the ensemble and single-particle level, and their utilization in in vitro imaging under one and two-photon excitation.

First, indium phosphide-based semiconductor nanocrystals (NCs) will be incubated with the dorsal root ganglion neuron cells and changes of the NCs photoluminescence intensity used to measure the neuron activity. Second, the created dipole moment after NCs excitation with light will be used to stimulate an action potential via depolarization of the neuron cell surface.

Funding
The project receives funding from the European Union’s Horizon 2020 research and innovation programme under the Marie Sklodowska-Curie grant agreement No 846764.

iNano – Inverted core/shell nanocrystals: The future nanomaterial for the visualization of neuron activity

In the last decades, the utilization of nanomaterials has enabled significant advances in several key technologies of the 21st century and in numerous (bio-) technological applications and thus has a significant influence on our daily life. Colloidal semiconductor nanocrystals (NCs), also termed quantum dots (QDs), are a particularly prominent example, which attracts strong research interest. QDs exhibit unique optoelectronic properties, which made them popular nanomaterials intensively used in in vitro diagnostics, bioimaging, photovoltaics, and light emitting optoelectronic devices.

The photoluminescence of NCs were used in the past to gain unique insights in the functioning of complex biological systems like the human cell. But one of the most complex systems in the human body is the brain, that consists of ca. 86 billion neuron cells, which forming a vast network and communicating with each other via electrical and chemical signals. The interest in NCs for neuron activity recording is due to shortcomings of existing technologies like electrode-based techniques, voltage sensitive dyes (VSDs) or using cytosolic second messenger levels (Ca2+). They are not scalable, have slow kinetics, a limited dynamic range and can interfere with the membrane capacitance. Additionally, VSDs show only modest PL intensity change (around 2 to 4%) in response to the electric field, suffer from low brightness, are phototoxic, and photobleach. The optoelectronic properties of NCs are superior to those of the best dyes and other fluorophores, with size-tunable absorption and photoluminescence bands, high brightness, excellent long-term photostability and higher sensitivity to external electronic fields.

However, the most studied NCs, II/VI semiconductor NCs contain the toxic heavy metal element cadmium. This displays the major bottleneck for their use in biological applications. Moreover, the European Union has severely restricted the amount of toxic heavy metals in any application (cf. RoHS and Directive 2011/65/EU). The commercialisation of TV screens based on NCs has shown that there is a promising heavy-metal free alternative with similar optoelectronic properties, namely indium phosphide (InP) NCs. Although the synthesis advances of InP NCs are still in its infancy compared to Cd-based NCs, the much lower intrinsic toxicity makes them very attractive for biotechnological applications. Due to the covalent character of the InP bond, the synthesis of InP NCs requires highly reactive precursors and harsh reaction conditions rendering the control over particle size very challenging. This commonly leads to larger size distributions and broader PL bands as found for Cd-based NCs. Moreover, the synthesis of InP NCs with a band gap emission at wavelengths >750 nm failed up to now although the InP band gap is 1.34 eV, i.e. 925 nm.

The iNano project will employ a new synthesis approach for the preparation of spherical and rod-shaped InP-based NCs and thus responding to the challenges currently faced in the synthesis of InP NCs. In particular the rod-shaped NCs are promising tools for unravelling some of the challenging mysteries of the brain. They possess an enhanced quantum-confined Stark effect (QCSE), which describes the spatial separation of charge carriers in the presence of an external field leading to a reduced PL intensity and PL lifetime. The deposition of NCs on the cell membrane of neuron cells will allow monitoring action potentials by measuring the changes in the PL intensity and lifetime of the NCs. However, the QCSE can also be used to depolarize the neuron cell membrane and stimulate the voltage-gated ion channels triggering an action potential. Neuron cell stimulation is a valid treatment strategy for patients with Parkinson’s disease, depression, and chronic pain. The iNano project will shed a first light on the versatility of InP NCs for neuroscience.

The project receives funding from the European Union’s Horizon 2020 research and innovation programme under the Marie Sklodowska-Curie grant agreement No 846764. 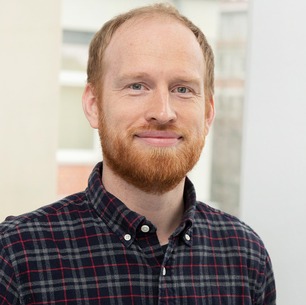