A car involved in an accident caught fire near Bad Segeberg in 2014. When the firefighters started extinguishing the fire, the vehicle’s gas tank exploded seriously injuring ten firefighters. If the helpers had been aware of the danger and the potential impact, they would have been able to keep the necessary safety distance.

To minimise such risks, BAM experts are investigating worst-case accident scenarios where vehicle gas tanks could get damaged and leak fuel. If at that time oxygen and an ignition source are present, an explosion could occur. A BAM research project investigates which levels of temperature and gas pressure are dangerous and could potentially harm people in the event of a fire. BAM has developed a measuring system made up of several infrared cameras to determine heat radiation from such highly dynamic processes. The measurement system is mounted on an unmanned aerial vehicle (UAV), also called a drone, to determine gas concentrations and is currently being implemented and tested under realistic conditions. This will enable rescuers to detect gas leakage from a safe distance.

Various containers for alternative fuels are being investigated

In another scenario destructive effects are being examined when alternative fuel tanks do not fail but get underfired accidentally. In preliminary studies, 15 commercial propane gas cylinders were tested by underfiring and the effects of pressure, temperature, heat radiation and flying debris, documented. BAM experts plan to conduct systematic, destructive large-scale tests for various tanks (steel tanks, composite tanks) to be underfired by alternative fuels such as liquefied petroleum gas (LPG), compressed natural gas (CNG) and hydrogen.

BAM’s objective is to increase safety of alternative fuels in general. The results from the experiments that Dr. Martin Kluge and his interdisciplinary expert team conducted will be used to develop safety recommendations for rescuers and emergency personnel. 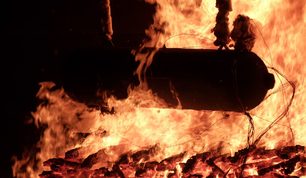 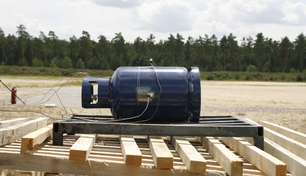 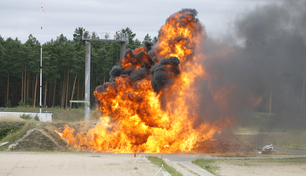 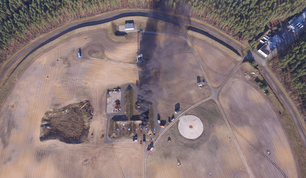 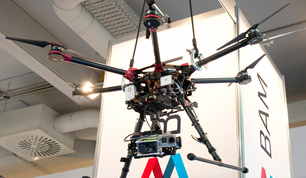 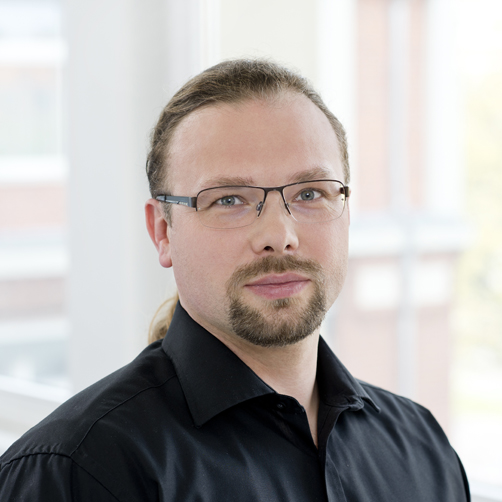