High-temperature solid oxide fuel cells produce electrical energy in a particularly environmentally friendly way. However, cracks can easily appear on the sealants during cooling. BAM has researched a self-healing mechanism.

Carsten Blaeß repeatedly heat treated a plate the size of a thumbnail in a furnace at a temperature of almost 800 degrees Celsius and then observed it under the microscope. The PhD student at BAM investigated a physical phenomenon: crack healing in glassy-crystalline microstructures.

His research is aimed at enabling solid oxide fuel cells to last longer and making their safe and economical use possible in private households as well. “Fuel cells use the chemical energy of hydrogen to generate electricity and heat in a particularly efficient way,” explains the scientist. “Today fuel cells contribute to the decentralized energy supply of several thousand homes and in large building complexes.”

Fine cracks when cooling down

Solid oxide fuel cells heat up to 900 degrees Celsius during operation. Therefore, high requirements are set on the sealants that connect the components. They must be mechanically stable, electrically insulating, impermeable to hydrogen molecules and resistant to high temperature. Many manufacturers use glass as sealants: it crystallises during heating and is transformed to an electrically insulating and gas-tight barrier as soon as the cell components are joined.

These glassy-crystalline sealants already function reliably in long-term operation. “Problems arise, however, when a homeowner switches off his fuel cell,” explains Ralf Müller who supervises Carsten Blaeß's research at BAM: “When the components cool down, they shrink to different extents. This can result in fine cracks, which may lead to cell failure or the escape of highly flammable hydrogen.” It is not easy to exchange a defective sealant because it is part of a stack of up to 150 single cells. Therefore, the entire stack must be replaced in the case of damage, which is an expensive and unsustainable method.

The more often a solid oxide fuel cell is switched on or off, the more likely cracks occur. “It will never be possible to completely prevent them from occurring,” explains Blaeß. “However, it would be an advantage if they could close themselves again automatically when heating up or during operation.”

Sealants made of glass, which does not crystallise, show particularly good crack healing. When heated, this glass begins to flow and closes the fine cracks. “If I stick a knife in viscous honey and pull it out again, the crack will flow together by itself. It is similar with hot glass,” Blaeß says to illustrate the self-healing effect. However, such a sealant has the disadvantage of becoming soft at high temperatures. Over time, metal ions migrate from the adjacent layer into the glass and can form undesirable corrosion products that may cause a short circuit.

To avoid this and to make the sealants mechanically stable even at high temperatures, many manufacturers use glass that either crystallises during cell production itself or contains crystalline fillers. However, these sealants allow no or only reduced crack healing due to their low glass content. The disadvantage of the crystals is that they hinder the flow. An ideal sealant should therefore contain enough crystals to limit corrosion but not the desired crack healing.

Carsten Blaeß has produced various mixtures of glass, which itself does not crystallise, and crystalline fillers in order to find the correct ratio of glass to crystals. The benefit is that the crystalline content remained constant in these samples during the tests. He created thumbnail-sized plates from the samples, generate small cracks by a pyramid-shaped object and then heated the samples in an oven. Next, he checked the crack healing under the microscope.

“We were the first to systematically investigate the influence of microstructure on crack healing,” said Blaeß. After months of testing, he found a surprising rule: a certain amount of crystals in the glass is beneficial for crack healing. “Cracks do not simply close like a zip from their tip. They also widen,” says Carsten Blaeß. “A large-area flow is necessary for this widening but only a local one to close the crack tip.” The large-area flow is increasingly inhibited by a rising crystalline fraction. As a result, the crack can no longer widen. The astonishing fact is that it can even close faster now in certain places! The local flow and thus self-healing only stop when the crystalline part exceeds a certain limit.

Such is the theory. Blaeß optimised the materials for the research in the laboratory with a crystalline content of 17 percent proving ideal. Cooperation partners such as the Jülich Research Centre are now called upon to develop glass for practical applications. “As scientists at BAM, we provide basic research that can be used to develop new technologies and materials for Germany’s energy transition,” said Blaeß. “We also need this knowledge to be able to evaluate and assess the safety of these technologies and potential occurrence of damage.” 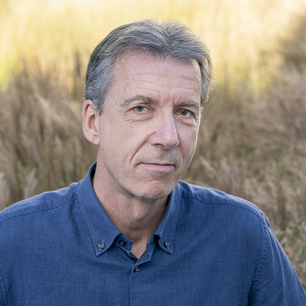 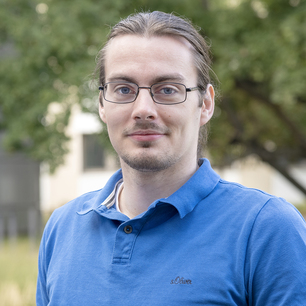 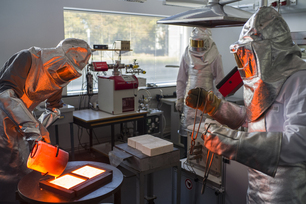 Guest article from the Adlershof JournalWe wouldn’t manage without glass