Offshore wind turbines are among the most important future technologies. However, as with other large industrial metal equipment, thousands of weld seams are required for the construction of wind turbines. BAM was able to improve a welding process that allows the processing of particularly thick metal sheets. Manufacturers of wind farms, cruise ships, pipelines, turbines and many other industrial stakeholders can save a lot of time and money using this innovative idea.

Welding is one of the oldest technologies that humans invented to join two pieces of metal together. But the thicker the sheets, the harder they are to process. "We have developed a method that can weld sheets up to 30 millimetres thick in a single step," says Dr. Andrey Gumenyuk. A great success that is attracting large interest worldwide.

With laser beam and electric arc

The BAM team uses a proven technology: laser hybrid welding. "This combination of laser beam technology and the electric arc has proven itself for decades because robots can quickly produce welded seams and it requires very little reworking," explains the scientist from the Welding Technology division. The first major industrial application was in the automobile industry for sheet metals with a thickness of one to three millimetres. Shipbuilding yards followed at the beginning of the 2000s and processed ten-millimetre thick metal parts.

However, if the sheets are even thicker, the energy of the welding machine no longer penetrates deep enough into the material. "Wall thicknesses of more than ten millimetres cannot be welded in one pass using conventional welding methods," explains Gumenyuk. So far, plant builders provide the sheets to be joined with a V-shaped gap so that the welding machine can reach the deepest point. Then the sheets are welded together with several passes. This multilayer technique is extremely time-consuming and causes high costs because the gap must be filled with expensive additional materials.

"Thanks to our development, a single welding process now suffices," explains the engineer. The BAM researchers use a stronger laser beam to create a narrow, deep melting zone that penetrates the entire depth of the metal. As a result, the V-shaped gap is superfluous and the sheets can be welded edgewise. "For this we have to use higher powered lasers than usual," explains Gumenyuk. The BAM team therefore has been using a 20 kilowatts laser for ten years.

"Our process produces a molten area across the entire sheet thickness of 20 millimetres or more," explains the engineer. However, this also has disadvantages. For example, the cooling conditions in the weld zone reduce the toughness of the material. In addition, the liquid metal column in the weld zone tries to escape downwards. The new idea is to place an electromagnet below the metal sheet which generates electromagnetic forces in the metal that create a supporting effect in the weld zone. "This magnetic technology enables us to weld more slowly so that the welded joints achieve the required mechanical strength and toughness," says the scientist.

Gumenyuk and his team have succeeded in gradually raising the previous 10-millimetre limit for laser hybrid welding to 30 millimetres. They have benefitted from the know-how that has accumulated at BAM in this field of research for over three decades.

Poorly performed welding work can lead to serious accidents and can put technical systems permanently out of action. "We have been developing this combined system for thick sheet metal applications at BAM since 2007," says Prof. Dr. Michael Rethmeier, head of the Welding Technology division. "We are measured by user requirements and have to meet a number of quality standards, otherwise the new process cannot be used in industry and plant engineering," explains Rethmeier.

Two aspects are particularly interesting for future users: "We also weld special alloys based on nickel or titanium which are used for building turbines," says Gumenyuk. Despite its high performance, the new welding technology can be used in various different positions for fully automated mobile use. This versatility is interesting, for example, when laying pipelines and a welding robot has to circle the pipe to produce a circumferential weld.

In addition, BAM's technology could trigger a small revolution in offshore wind farms. For the construction of the base and tower elements as well as the supporting structures, sheets are processed that are in some cases over 80 millimeters thick. Multilayer welding takes several hours or even days for a single weld. The BAM method makes this much faster and cheaper. In this sense, the new welding method can make an important contribution to the energy transition. 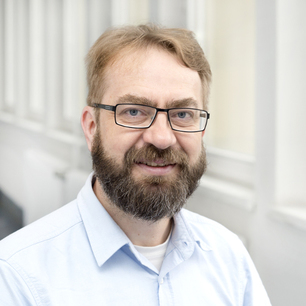 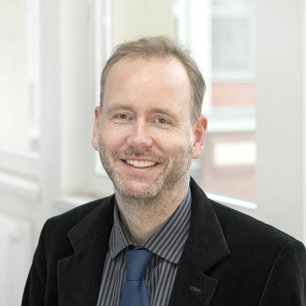