“Phosphates are vital for all living creatures because their functions cannot be replaced by any other substance,” says Dr. Christian Adam. Plants grow better when the soil is sufficiently supplied with this nutrient. On the other hand, phosphates can pollute the waters and accumulate in sewage sludge from wastewater treatment. Now is the right time to recover this precious resource from wastewater treatment plant residues. “The first symposia about such a circular economy took place in the 1990s, then the topic became more important in 2007 when phosphate rock prices suddenly rose sharply on the world market,” recalls the head of the Thermochemical Residues Treatment and Resource Recovery division. Adam recognised the potential of phosphorus recycling early on and BAM now has a patented
process.

Adam’s team takes ash produced by incinerating common sewage sludge and treats it in a rotary kiln at 1000 degrees Celsius. The kilns rotate constantly and the material inside moves slowly through the long, hot tube set at a slight gradient. This heat treatment destroys residues from household chemicals and pharmaceuticals and removes toxic heavy metals such as arsenic, cadmium, mercury and lead which are captured by filters.

For the important step on the way to fertilisers, the scientists use a chemical reaction that has been known for centuries. They add alkalis, including soda, to the hot ash thereby producing calciumalkaline phosphates. “This is a good fertiliser starting material because it is 100% available to plants but nearly insoluble in water,” explains Adam.

German wastewater treatment plant operators in particular can benefit from BAM’s achievements because their discharge consents have become more stringent due to the amendment of the Sewage Sludge Ordinance. Each municipality must submit a phosphorus recycling concept by 2023. “We can recover over 90 percent of the phosphorus that enters the wastewater treatment plant,” says Adam. Thus, the BAM method performs better than other comparable procedures. The BAM scientist estimates that 60,000 to 70,000 tonnes of phosphorus pass through German wastewater treatment plants every year. “The recycled phosphate not only reduces the environmental impact but may also replace about a quarter of the fertilisers used in Germany.”

BAM’s researchers have been cooperating with industrial partners for years and their concept also works at an industrial scale. If the thermal recycling is implemented in everyday operation, the installations may be up to 100 metres long. The plan is to use large rotary kilns similar to those for cement production. “The larger the plant, the more economical the process,” says Adam. Sewage sludge ash refining may begin in Germany in one to two years, the expert estimates.

Towards the “future’s fertiliser”

Christian Adam believes that the new fertiliser has even more potential. “Phosphorus recycling should be considered in the context of other nutrients such as nitrogen and potassium.” These additives change the fertiliser’s bioavailability. Many conventional products provide phosphate in the first few weeks when the plant is still young. Fertilisers of the future will provide phosphate in sync with the plant’s needs and will provide enough replenishment when the plant is in its strongest phase of growth. BAM has already tested the use of its novel fertiliser on fields in Australia, and Brazilian farmers are also experimenting with it in sugar cane cultivation. The fields are usually fertilised once every five years when the sugarcane plants are replanted in the fields. “The farmers pre-load the soil with fertiliser so it is particularly important that the phosphates become available to the plants as needed and are not washed out early by the rain,” explains Adam.

BAM’s phosphorus recycling process attracts great international interest because it increases the independence of producers from Morocco and Western Sahara among other places. More than 70 percent of global phosphate rock reserves can be found in this region and processing of this rock causes significant environmental damage in the producing countries. In addition, some of the natural phosphate rocks are contaminated with toxic heavy metals such as cadmium, uranium and thorium which can also reach the groundwater through the use of fertilisers. “These problems have long been ignored,” Adam looks back
critically. Conventional phosphate fertilisers can also pose a threat to sensitive ecosystems. Water-soluble fertilisers enter the groundwater through the
rain or end up in the sea via rivers and lakes. An oversupply of nutrients often results in an algal bloom. Australian researchers have discovered
that, in addition to climate change, rising phosphate content in seawater is one of the biggest threats to the earth’s largest coral reef, the Great
Barrier Reef. The University of Queensland in Brisbane has therefore been developing alternative strategies for fertilisation in agriculture.
“Our thermally treated sewage sludge ash fits in very well with this concept,” says Adam. 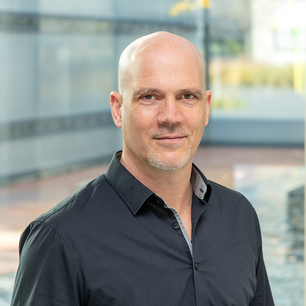 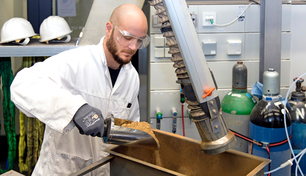