According to UN estimates, 150 million tonnes of plastic waste are floating in the world’s oceans, with eight million tonnes added each year. Much of the plastic waste is broken down by sun, salt water, wind and waves into tiny particles, so-called microplastics, which are ingested by fish and other marine inhabitants. It can even be found in local creeks, rivers and lakes, and also in forests, fields and meadows. A BAM research team is investigating where and how much microplastics are present.

“The environmental impact of microplastics cannot be precisely determined using the current measurement methods,” explains Dr. Ulrike Braun from BAM’s Mechanics of Polymers division and head of the research project. Microplastics are currently predominantly detected using infrared or Raman spectroscopy and microscopy. These measurement methods identify the particles and determine their number and size. However, they have two disadvantages: they are very time consuming and only very small aliquots of the samples can be examined. “In light of the growing debate about microplastics, we have realised that we need a new procedure that is faster,” says Braun. Her team has developed a new analysis technique. The method with the abbreviation TED-GC-MS, which stands for thermal extraction desorption-gas chromatography- mass spectrometry, has two key advantages. The measurements take only a few hours so that results can be obtained no later than a week after sampling. In addition, the method is quantifiable. For example, the analysis provides an accurate indication of how many micrograms of the small plastic particles are present, in addition to the large amounts of natural particles, in one litre of water. Such data form the basis for limits and their control.

The core of the new development consists of the combination of two already known analytical techniques: thermogravimetric analysis (TGA) and thermodesorption gas chromatography with coupled mass spectrometry (TDU-GC-MS). TGA is known as a standard analytical method for polymers, while GC-MS is a common method in trace analysis. Together with an interdisciplinary research team from the German Umweltbundesamt, the Chair of Water Quality Control of the Technische Universität Berlin and expert equipment manufacturers, Ulrike Braun and co-worker Dr. Erik Dümichen pushed the development forward. The team succeeded in further developing the process and filed a patent for it.

Where do microplastics come from?

Many samples tested for microplastics at BAM come from wastewater treatment plants, road drainage or other residential waters in Berlin. In addition to the measurement of microplastics, the research team is also investigating how microplastics are introduced into the environment, as part of two Federal Ministry of Education and Research (BMBF) projects. “It is only when we can determine the sources precisely that we can effectively take measures to prevent further entries,” explains Ulrike Braun. Up to now it has been assumed that microplastics in the environment stems mainly from carelessly discarded packaging materials and plastic products. However, small plastic particles are also used as additives in many cosmetic products, for example creams, shower gels or toothpaste. These could then be discharged into the environment via the wastewater due to inadequate cleaning performance of the wastewater treatment plants. “It is unclear which input is released into the environment and where these particles remain,” explains Braun. The same applies to the release of synthetic fibres during washing in washing machines. Tyre abrasion of passenger cars and lorries can also be a source of unwanted plastic particles. Therefore, the scientists measure the microplastics content in the rainwater from the streets of Berlin and in household wastewater. This data can help in a debate of how society handles plastics and microplastics. At the same time, the new measuring method can prove itself under different conditions.

Plastic types can be precisely characterized

A challenge in the large-scale use of the new process lies in the reliability of the water samples. Microplastics usually consists not only of one single type but of a mixture of different varieties. “Different plastic varieties behave differently in water: some sink, some float in the water, some float on the top,” explains Ulrike Braun. It must be ensured that the sample taken is also representative of the body of water. The environmental sample is heated in the thermal analysis process to such an extent that all constituents disintegrate into individual fragments. The TED-GC-MS first collects them, separates them chromatographically and identifies them by their characteristic patterns. The decay products are well known for most plastics and they can be easily identified and quantified. Braun and Dümichen have already presented the TED-GC-MS in front of a specialist audience. They want other laboratories to implement the process as quickly as possible, make their own measurements and validate BAM’s results. The goal is a harmonised process, which can be applied later to wastewater treatment plants, salt and fresh water and also for sediments or soil samples. “Only in this way will it be possible to fully assess the inputs and outputs of microplastic and their whereabouts,” says Ulrike Braun. 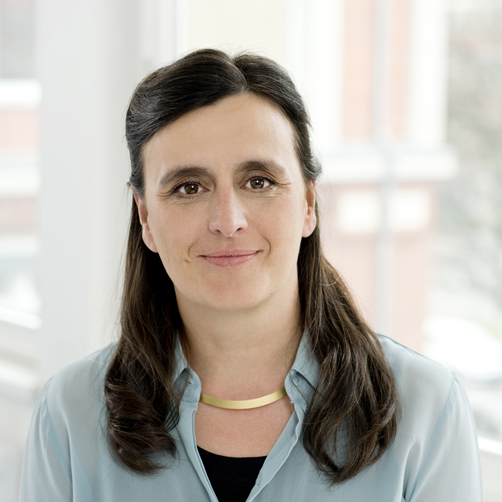