BAM has comprehensive expertise in the field of materials, particularly in the area of properties characterisation and assessment of the suitability for safe and sustainable use of the relevant components and systems. The focus is on the characterisation and modelling of hydrogen-dependent material properties over the entire service life. In addition, material changes under extreme conditions are investigated, e.g. at high and low temperatures and pressures in different hydrogen containing media. This is based on scientific approaches and modelling mechanisms up to the life cycle engineering of components and systems.

Selected examples of our work are described below. Detailed information can be found in our brochure "Hydrogen: Our contribution to safety" (PDF) .

Tribology — which lubricants do we need when using hydrogen?

BAM operates special test facilities for determining friction and wear data in liquid and gaseous hydrogen. Currently, mainly polymer composite materials and wear-resistant, anti-friction coatings are investigated. For practical application, also components such as ball bearings can be tested in the same devices. Furthermore, a pump for liquid hydrogen is available, in which e.g. materials for piston seals can be investigated under real conditions.

The results have shown that several materials in hydrogen – even in cryogenic liquefied form – exhibit more favourable properties than in air. Examples of such materials are high performance polymers, in pure form or as components in composites. Solid lubricants, such as graphite or molybdenum disulphide, applied as thin coatings or admixture in composite materials, have also proven to be well-suited. Within the coatings amorphous diamondlike carbon is of particular interest, since it exhibits friction coefficients and lifetimes similar to grease- or oil-lubricated systems. In the field of metals, austenitic stainless steels have been investigated, since they are widely utilized for containers and tubes and usually assumed to be insensitive to hydrogen induced degradation. Despite this assumption, in friction systems structural changes were detected, which in turn resulted in crack formation.

The efficiency of using hydrogen as an energy carrier should not be compromised by such negative effects. From the phenomenology point of view, these effects depend on the local mechanical load that triggers them, the microstructure and the hydrogen concentration. BAM is investigating these phenomena as well as the hydrogen related mechanisms in metals in order to identify application chances and limits for the respective components. Such research activities are specifically targeted to exclude unexpected and brittle hydrogen-assisted cracking and associated safety issues.

Analyzers based on carrier gas hot extraction (CGHE) are available for such investigations. This technique originated from welding technology and it has been extended by using mass spectrometry within the scope of standardization (ISO 3690). The technique enables the precise determination of hydrogen diffusion and concentrations in the ppb and ppm range at temperatures between 20°C and 950°C. Together with a specially designed experimental microstructure simulation, the hydrogen transport behaviour can be investigated in a wide range of metallic materials.

These investigations, based on previous studies of hydrogen assisted corrosion and cold cracking are gaining currently special interest with respect to the new hydrogen technologies, especially in the field of high hydrogen pressure and power-to-gas-applications.

The degradation of the mechanical material properties by hydrogen mainly manifests itself in the reduction of ductility, sometimes imprecisely called hydrogen embrittlement. A loss of strength is usually observed only at respectively high concentrations. Dependent on type and direction of mechanical stress, brittle material separations may occur, which are refered to as hydrogen-assisted cracking.

In order to determine criteria under which no damage to a metallic microstructure is to be expected, and vice versa for a better understanding of how hydrogen reduces the mechanical material properties, hydrogen-dependent material properties of metallic materials, especially of steels, are being determined in various projects. The simulation of the tested microstructure allows the determination of the microstructure-specific sensitivity in the form of decreasing ductility. With this, hydrogen-dependent crack criteria can be determined, which are then used in corresponding numerical simulations for crack initiation and crack growth.

In order to investigate the mechanical properties and the cracking behaviour of materials in-situ in various environments from which hydrogen can be absorbed, tensile tests are carried out at respectively slow strain rates.

BAM currently holds technology leadership with respect to such advanced imaging of hydrogen distribution and cracking in metallic microstructures. In combination with conventional test procedures such imaging techniques allow in-situ studies of the distributions and the effects of hydrogen in metallic microstructures and thus, find increasing industrial interest with respect to safe engineering of components for novel hydrogen technologies.

BAM is currently promoting two types of imaging techniques to elucidate the hydrogen distribution and cracking in metallic materials as well as in additively manufactured and welded microstructures. These analyses go along with observations at the microscale and below using time-of-flight secondary ion mass spectrometry (ToF-SIMS) as a 2D technique utilizing deuterium at a considerably high resolution and neutron tomography (NT) as a 3D technique at a somewhat lower resolution of the respective hydrogen distributions.

Self-healing of cracks in seals of high temperature fuel cells

Solid oxide fuel cells heat up to 900°C during operation. Therefore, high requirements are set on the seal that connects the cell components. The seal has to be mechanically stable, electrically insulating, impermeable to hydrogen molecules and resistant to high temperature.

Many manufacturers use glass as their sealant, pursuing two different concepts. Whereas glassy sealants retain their amorphous structure during joining of cell components, glassy-crystalline sealants do crystallize leaving a very small glassy fraction. In both cases, cyclical operation can cause fine cracks during cooling as the individual cell components contract differently. A defective seal cannot be simply replaced as it is part of up to 150 individual cells. In the event of damage, it is therefore unavoidable to replace all cells at once – an expensive and unsustainable method. For this reason, it would be desirable if cracks could heal by themselves during fuel cell operation.

Seals made of non-crystallizing glasses naturally allow easy crack healing. The ideal seal should therefore contain enough crystals to limit corrosion, but not the desired crack healing. In order to find the optimum crystalline volume fraction, model microstructures were prepared as part of a PhD thesis at BAM, combining a sodium-calcium-silicate glass with a low crystallization tendency and ZrO2 as an inert crystalline filler.

Liquefying hydrogen (the necessary temperature being -240°C) to a higher density poses an alternative, especially for systems including handling and storage of mass quantities. Cryo-adsorption in porous materials is an attractive compromise since it can raise storage densities close to liquid hydrogen at a higher temperature (near –196°C, the temperature of boiling nitrogen). The reason is the presence of interaction forces appearing between the gas molecules and the surface of the solid adsorbents, like an increase in the evaporation energy. Other advantages of this mechanism are a lower pressure compared to compressed tanks (80bar vs. 900bar) that increases the safety of these systems.

This technology is challenging to implement in fuel cell vehicles (FCV) but could be feasible for larger-scale storage of hydrogen in, for example, refueling gas stations for vehicles. BAM, in collaboration with H2 MOBILITY GmbH, is involved in a project for the development of the next generation of refueling stations for FCV based on H2 cryo-adsorption on advanced porous materials. Intensive scientific research efforts through the last decade provided a vast number of suitable materials for H2 adsorption. The best candidates for H2 cryo-adsorption are so-called Metal-Organic Frameworks (MOF) materials, whose remarkable specific surface areas (up to 10,000 m²/g) drives to the highest gravimetric storage capacities amongst porous materials. 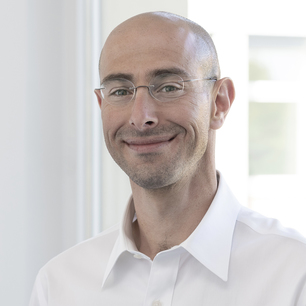