Our contribution to safety of hydrogen

Hydrogen as a future energy carrier

According to the goal agreed upon by the G7 countries in 2015, the production of greenhouse gases is to be curbed by 70 percent worldwide by 2050. Fossil fuels such as coal, petroleum and natural gas have significantly contributed to the greenhouse effect in the past. Therefore, Germany's energy supply is to be based sustainably on renewable alternatives in the future, also erasing nuclear energy. Technologies that use hydrogen as their energy carrier are classified as sustainable and can therefore make a fundamental contribution to the success of the energy revolution.

Hydrogen can be used in numerous ways

Hydrogen has already proven its benefits today as a versatile energy carrier for mobility, power supply and for tomorrow’s economy itself. As emission-free energy scource for fuel cells, it could be integrated into cars, buses, trains and other modes of transport. A great advantage of using hydrogen stored in tanks for compressed gas has to do with its significantly higher energy density compared to batteries, resulting in vehicles being able to cover a much higher range. Hydrogen can be stored practically in large quantities over long periods of time without any loss and therefore contributes to making power supply more adaptable. It can also be used in industry or further refined as a raw material, for example, as ammonia for the production of fertiliser or for methanol.

By means of fuel cells, hydrogen can be converted into electricity and heat, driving electric motors and heating houses. Nonetheless, it is not a primary energy source such as wood or natural gas. Hydrogen must be generated. Fossil energy sources are generally considered for this, but this type of hydrogen production is not deemed to be sustainable. ‘Greener’ hydrogen is created when water is separated into hydrogen and oxygen by means of regeneratively generated electricity. This results from a chemical reaction: electrolysis. Hydrogen created from energy surpluses from wind and solar panels is particularly valuable. Hydrogen can be stored as compressed gas or as a liquid with a boiling temperature of -252.85°C. Due to its low density and reactivity, storing it is technically and economically challenging. Special systems must be designed for storage and transportation. A share of at least 5% to 10% of hydrogen can also be supplied into the natural gas grid. Fuel cells can convert the hydrogen back to electricity if required. The fuel cell then produces water, electrical energy and heat from hydrogen and oxygen in a controlled reaction. Oxygen from air is generally sufficient for this reaction. This entire hydrogen cycle is almost completely emission-free.

We are working towards guaranteeing the technical safety of hydrogen in vehicles, for transport, and its general handling.

Numerous experts at BAM are scientifically active along almost the entire value added chain within the safety field: From the safety and efficiency of hydrogen production (power-to-gas), the safe storage of hydrogen as a propellant all the way through to transportation. Gas storage units on transport vehicles also ensure safe transportation to the end consumer at the H2 filling station. BAM specialists are assessing the technical safety of hydrogenated gas mixtures and grade the compatibility of materials. Other experts are researching the detection of hydrogen concentrations with suitable sensor technology - also with remote-controlled measuring drones, the so-called UAV drones. In order to pinpoint possible weak areas and potential hazard causes in advance, BAM experts are proactive in their examination measures for assessing consequences and controlling risks. 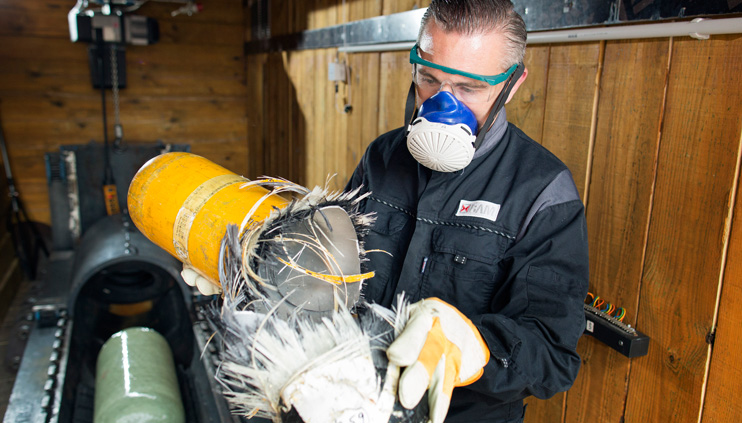 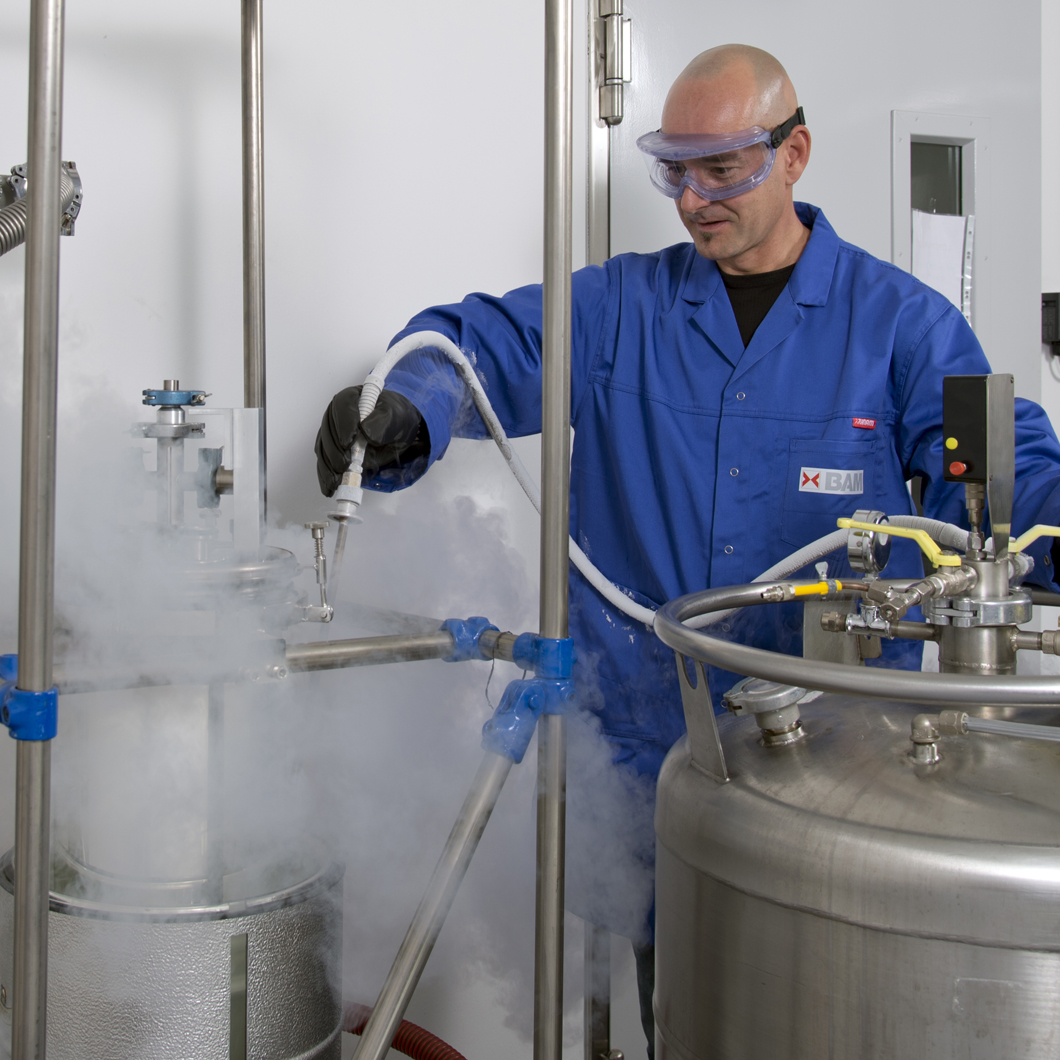 Energy conversionResearching fuels of the future 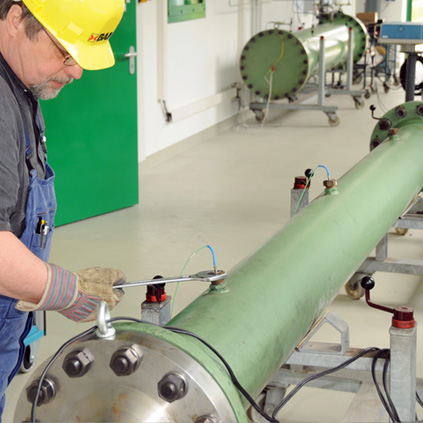