3D printing is conquering more and more areas of industry. Additive manufacturing can also be used for high-performance ceramics. A laser-assisted process opens up new possibilities.

At first glance, the component Jörg Lüchtenborg is holding in his hands seems inconspicuous: a triangular body the size of a children’s play block, grey in colour, hollow inside and reinforced with struts. "This is the model of a lightweight structure made of high-performance ceramics and perhaps one day it will be possible to use such elements to build parts of a satellite," explains the materials scientist and PhD student at BAM. "The material is able to withstand the extreme temperature changes that occur in space.”

It is even more amazing that this part was made by a 3D printer. While the additive manufacturing of plastics and metals has already revolutionised many areas of industry today, it is still encountering difficulties with ceramics – and this is precisely why it is the subject of such intensive research efforts.

People have been using ceramic materials to make vessels, cultural artefacts and jewellery for thousands of years. In the last decade, scientists have further developed the material into high-performance ceramics with special properties. They are especially hard and strong, resistant to heat, wear and corrosion. This makes them attractive for numerous applications in which other materials fail. For instance they are used for aircraft turbine blades, combustion engine bearings and spark plug or power line insulators. Since ceramic is also very compatible with human tissues, it can be used for bone prostheses and dental fillings.

The individual parts can be produced in several ways. However, the loss of material is can be enormous or needed moulds can easily become expensive. Researchers are therefore looking for alternative production methods. For about ten years it has been possible to produce high-performance ceramics by 3D printing. To do this, ceramic particles are mixed with large quantities of plastics, the component is printed out and the polymers, which surround the desired object like a protective matrix, are then burnt-off in an oven. "The process is a significant step forward, but it works primarily for objects with a wall thickness of just a few millimetres because cracks can easily develop," explains Jörg Lüchtenborg. But of course, industry has long been interested in larger and thick-walled components made of the high-performance material.

A coincidental discovery brought a decisive step forward: Jens Günster, who supervises Lüchtenborg’s PhD thesis at BAM and teaches at Clausthal University of Technology, and his team are researching new methods of additive manufacturing. The scientists were investigating the interaction of laser beams and ceramics in suspension, which are liquid mixtures of ceramic powder and water, when suddenly the laser produced a solid layer. The researchers had discovered nothing less than a new additive manufacturing process for ceramics and immediately applied for a patent. Conceivably – according to their idea – whole objects could be formed layer by layer with a printer. However, they had only succeeded in drying and joining a few superimposed ceramics layers and thus samples a few millimetres high using the laser – so there was still a long way to go before the method could be used.

Jörg Lüchtenborg is now researching how the process could be used to produce real components and complex structures. For several months, he experimented in the laboratory with silicon nitride, a high-performance ceramic distinguished by its special strength. He filled a small vat about 20 by 20 centimetres in size, with a mixture of the ceramic-water suspension. He then used the laser beam to heat the surface exactly where the ceramic component was later to be produced and let the water evaporate at around 100 degrees Celsius. This created suction that attracted surrounding ceramic particles. They agglomerated into a solid structure and produced a first layer. Lüchtenborg then lowered the platform with the vat a little, applied another layer of the ceramic-water mixture and started the procedure anew.

Shrinkage at over 1500 degrees

"Above all, it was important to find the right parameters for the laser beam: for its power and the duration of the exposure. If the energy density is too high, the water evaporates abruptly, and the ceramic particles are ejected. If, however, the energy is too low, it does not solidify as desired," says Lüchtenborg. Finally, the PhD student was able to find the right settings for a stable process and layer, so after printing many layers, one on top the other, a sample eight centimetres high with a wall thickness of more than six millimetres grew in the vat. The object was then sintered in a furnace at over 1500 degrees Celsius which caused the particles to bond together. The ceramic thickens and shrinks by 14 percent, making it really stable.

The patented process still requires further research, but because no supporting plastic has to be burned away, components of larger volume are now possible. And perhaps objects such as the grey triangle will one day actually become an element for a satellite in space. In the meantime, the patent has been sold to a company and is being tested for commercial application. The BAM team is already testing whether it can be transferred to other material classes such as building materials. 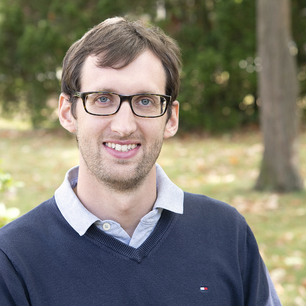 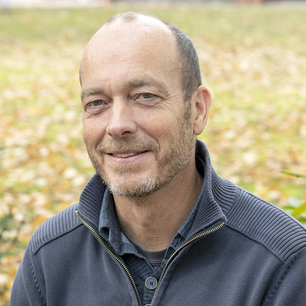