Deteriorations such as leaks in cooling systems, damaged fuel tanks, stainless steel pitting and crusted hulls are distressing and expensive. In the worst case, they threaten the safety of technical systems. Microorganisms often play a role or are even the cause of technical defects as they colonise and attack the surface of the material, causing so-called microbiologically influenced corrosion (MIC). It is estimated that microorganisms are involved in about 20% of all corrosion processes and thus cause annual damage worth millions of euros. All materials are affected: steel, plastics and organic materials. MIC is not easy to research and is even more difficult to combat. Since microorganisms are survival artists, they can never be completely prevented from colonising materials. They form communities on surfaces and are skilled at adapting extremely flexibly to environmental conditions. In order to avoid damage, their survival must be thwarted. This is exactly what BAM’s researchers have set out to do.

MIC can be triggered by certain microorganisms. These are bacteria that live in oxygen-free (anaerobic) environments and can be surrounded by aerobic (oxygen-loving) bacteria. Certain microorganisms can "pull" electrons out of the surface and thus directly damage the material. In this case, corrosion occurs due to electron flow, which often occurs in places that are not in direct contact with the apparent damage. Other microorganisms attack the material through their metabolic products.

BAM experts from various disciplines are breaking new ground in the "Microbiologically Influenced Corrosion" project: they are experimenting with surfaces they model at the nanoscale with milled structures, which microorganisms should find significantly more difficult to colonise. The result is a phenomenon known from nature: the lotus effect. Since microorganisms rely on water, an ultra-hydrophobic surface can minimise water droplets’ adhesion (this is called the lotus effect) and deprives microorganisms of their footing as the surface loses its appeal.

Corrosion research has already identified several approaches to the protection of materials from microorganisms, including combating with biocides or treating surfaces with special coatings. The downside is that biocides generally do not act specifically against certain microorganisms and may also be harmful to useful microorganisms. Toxic substances can also be washed out of materials and end up uncontrolled in the environment. When coatings age, damage and cracks occur in which microorganisms like to colonise. The aim of BAM’s experts’ new approach is to avoid these side-effects.

The methodology of BAM’s researchers

The experts are first concerned with understanding MIC better. Researchers in microbiology, physics, chemistry and material sciences are contributing their expertise to the project. Corrosion rates must be determined and factors influencing MIC must be identified. Biologists grow bacterial cultures and apply sulphate-reducing bacteria (SRB) or methane-producing microorganisms (methanogenic archaea) to metallic surfaces. They single out the “time of contact” in which the bacteria create the initial adhesions in the form of biofilms. They also research the conditions at which microorganisms grow particularly well and take note of the point when they stop growing.

The scientists are challenged to find and test time- and spatial-resolving methods. Their goal is to develop a material-independent experimental platform to quickly and accurately characterise new materials and surfaces regarding their vulnerability to MIC. The researchers want to establish methods by which they can quickly and comparably examine materials, microorganisms, coatings and applications. Which surface of what material is most suitable for what type of application and under what conditions? These are questions that also arise for large offshore wind turbines for example where MIC can become a problem when microorganisms, such as those living in sediments, dock onto facility components in the ground, attack them over time and ultimately endanger the structures’ stability.

Preventing the biological contamination of fuels

Some researchers in the project are working on the task of determining the resistance of vehicle components to MIC. The experts are particularly interested in the interaction between material, fuel and microbes. A biologically contaminated, i.e. degraded fuel, leads to a clear change in the chemical properties in the technical system. This can shorten vehicle life or cause engine damage – something no one is willing to risk. 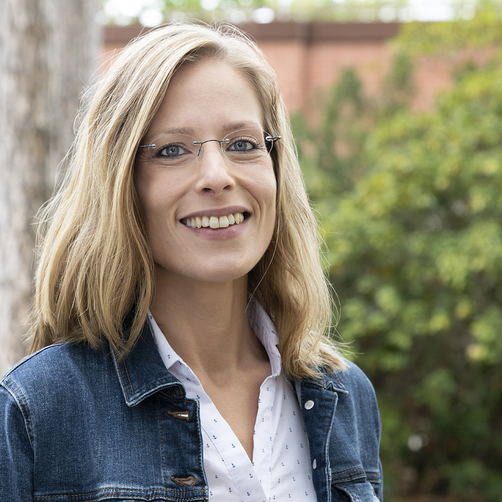