Germany's bridges are exposed to constantly growing traffic. In order to check the load-bearing capacity of the structures, stress analysts have so far relied mainly on old construction plans. BAM has evaluated a much more precise ultrasonic method.

More than one hundred thousand bridges span valleys, rivers and motorways in Germany. Millions of cars, lorries and buses roll over these concrete and steel structures every day. Traffic causes vibration, wind exerts stresses, and, as the seasons change, heat, rain, ice and snow wear down their substance. De-icing salt penetrates the interior and corrodes the reinforcing steel.

Once every three years, experts commissioned by bridge operators inspect the structures for cracks and other external signs of wear. If they discover any suspicious spots, stress analysts must calculate whether the load-bearing capacity of the bridge can cope with the steady growth of traffic. In their calculations, experts rely above all on old building plans which often date back many decades – if available at all. However, the inside of the bridge remains hidden.

Stress analysts do not know whether all safety-relevant elements are actually present, nor whether the steel tensioning ropes that pull the concrete longitudinally and transversely to hold it together were actually installed as required. A deviation of just a few centimetres can have serious effects on the load-bearing capacity and thus on the service life of a bridge." This information is important for road authorities to be able to plan renovation projects on a long-term basis and not when extensive work or even rebuilding has become necessary," says Stefan Maack. The civil engineer at BAM is an expert in detecting bridge damage.

Maack and his colleagues are developing scientific methods that provide stress analysts with a more precise picture of the inside of a bridge. They want to avoid having to saw open the structures to take samples. BAM scientists use a method proven in the aviation industry where engineers use ultrasound waves to test the wings, fuselages and turbines of their aircraft for cracks and other damage. Each material lets sound waves pass at different speeds. Where the speed changes, the engineers suspect a change in material and locate it in a more thorough investigation.

What is relatively easy to check with the uniform material metal, becomes a challenge with old bridges with possibly unclear material composition. “Our goal was to prove that ultrasound measurements are reliable even with such heterogeneous building materials as reinforced concrete," explains Stefan Maack.

A unique opportunity for an ultimate load test

Maack did something seemingly paradoxical: he sawed a bridge into pieces in order to evaluate the non-destructive test method. That unique opportunity arose in July 2019 when a road bridge that had spanned the river Regen for decades in Roding, Bavaria, was to be replaced by a new one. Stefan Maack and his team had previously had the opportunity to test the structure with an ultrasound device and recorded measurements on a 15-metre section of the bridge. The ultrasound signal was reflected wherever the sound waves hit an interface between two materials –where concrete bordered steel or concrete bordered air. "This allowed us to calculate exactly where a steel tensioning rope was located or where cracks and cavities were, based on the time it took for the sound waves to travel there and back," explains Maack. He and his team then created an exact model of the bridge using their computer data and made predictions about its internal structure.

To check the data, the researchers subjected the bridge, which had already been closed to traffic, to an ultimate load test. Their cooperation partner the Bundeswehr University Munich, which conducted the experiment with BAM, had a 54-tonne armoured recovery vehicle thunder across the entire structure at top speed and then make an abrupt stop. As a result, the bridge bent several centimetres in the middle.

When the bridge was finally demolished, the BAM researchers had the load-bearing concrete webs of the ultrasound-scanned section cut into metre-wide slices. An initial on-site comparison of the cut surfaces with the ultrasound data revealed that the scientists had been right in their assessment of the structure's interior: all steel elements were in the previously determined positions. In addition, the scientists extracted test cores from the bridge fragments and sent them to their laboratory in Berlin.

They determined the exact properties of the concrete and were then able to calibrate the ultrasound data. The method had passed the practical test. "We provided proof that non-destructive testing on a bridge is feasible,” explains Maack. "And our data confirm it."

Now the BAM researcher wants to make the process suitable for practical application. The need for static recalculations will also increase as traffic in Germany continues to increase. In the future engineers will only need to extract a few test cores on site to calibrate their ultrasound equipment. With the measuring instrument they can provide highly accurate data to stress analysts who then recalculate the load-bearing capacity of old bridges. In so doing, a much more reliable method will be available to experts to assess the suitability of structures (virtually) non-destructively. They can issue warnings in the case of damage, and they may be able to prove that bridges whose service life has expired are still capable of bearing loads for some time to come. 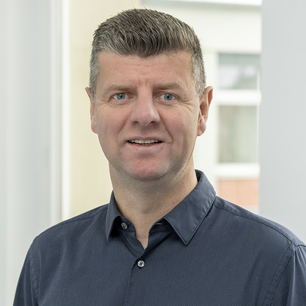