Today, drones with smart sensors can provide valuable information in the event of gas leaks, fires and other hazardous situations. BAM experts are at the forefront of this rapidly developing future technology. Now they want to offer test scenarios for the developers of drones and sensors.

Methane gas flows from a leak in a pipeline: a dangerous, invisible hazard. A single spark could ignite the mixture and trigger a flash fire or even an explosion. It would be irresponsible to send emergency personnel with measuring instruments directly to the accident site.

A humming suddenly interrupts the silence in the Brandenburg pine forests. The sound swells to a buzzing: there is a drone with a black hull with eight extended arms, on which rotors are spinning. The device hovers like a giant insect and remains in the air about 20 metres above the leak. A sensor below the flying object determines the gas concentration above the leak remotely and transmits the data to a computer that is located at a safe distance.

An entirely new field of research

Not far away is Patrick Neumann, BAM's drone commissioner, controlling the humming flying object. There is no real danger to life and limb this time. Neumann and his colleagues are only simulating a leakage at the BAM test site in Horstwalde, Brandenburg, 50 kilometres south of Berlin. At the push of a button, they stop the gas escaping from the pipeline. It is just one of the many risk scenarios they can simulate there.

The computer scientist joined BAM eleven years ago. At that time, Neumann was researching sensor networks. Scientists back then equipped mobile robots with sensors to detect gas, for example. However, the small robots were limited in their applications; and got stuck quickly on uneven terrain. Fortunately, the availability of new drones opened a whole new set of opportunities for the scientist. "Drones are extremely flexible. And it is fun to fly them because they are so easy to control," he enthuses. So, Neumann began equipping these unmanned aircraft systems or UAS for short, with gas sensors.

The challenges of measuring a gas cloud

However, it immediately became apparent that drones, as mobile as they are, they have a decisive disadvantage: their rotors generate downwind and turbulences. Thus, they dilute and distort the volatile substances that the smart sensor is trying to determine. The data is often still accurate enough to locate a leak in a pipeline, dangerous emissions over a landfill or a gas storage facility, but not entirely satisfactory. In 2015, for the first time, BAM scientists combined their drones with sensors that eliminated the need to fly directly into a gas cloud. The device sends out a laser beam and once reflected from ground, the sensor calculates how many gas molecules are on the beam’s route. It can be used at distances of up to 30 metres, so the rotor downdraft no longer influences the measurements.

However, the evaluation of the data is still difficult. Patrick Neumann and his colleagues have developed special algorithms for this purpose. They combine several laser measurements and then use computed tomography to create three-dimensional maps of the gas distribution around a leak. The laser method is much faster than a point measurement and also allows them to determine the source of the leak. Because of their expertise, the BAM team currently plays a leading role internationally in the field of aerial robot olfaction, which is the measurement of gas distribution and the location of leaks using UAS.

Test field for the future

This is just the beginning. Drones equipped with smart sensors enable a wide range of new applications. They can precisely measure large structures, detect cracks in motorway bridges, use infrared cameras to provide thermal images of forest fires, be used during floods or earthquakes, as well as monitor wind turbines, railway track sections and nuclear reactors while being airborne. A UAS surrounded by a protective cage can even enter mines, tunnels or large chimneys – a contact with the wall does not cause them to crash. One day, drones may even be able to detect explosive residues in the ground.

"It is a field of research that just continues to pick up speed and the market is worth billions," says Patrick Neumann. "UAS have become affordable for authorities, police, fire brigades and other emergency services. An association of European air safety organisations set up by the EU Commission estimates that they will use 400,000 drones on the continent alone by 2050, compared to only 10,000 at present.”

Some of these potential hazardous situations can already be simulated at BAM’s test site in Horstwalde. Neumann and his colleagues plan to offer a wide range of test scenarios for commercial drone and sensor developers in the future. The conditions on site are ideal because the drones are allowed – with prior official authorisation – to ascend higher than elsewhere. These activities demonstrate how, even in the 21st century BAM continues to fulfil its core safety mission.

So perhaps in the future, one may more frequently hear the apparent buzzing of a swarm of hornets in Horstwalde only to look up and discover a smart drone in action. 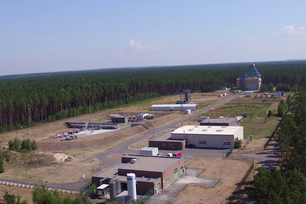 Test site for drones in Horstwalde: BAM and WFBB conclude an agreement for future cooperation 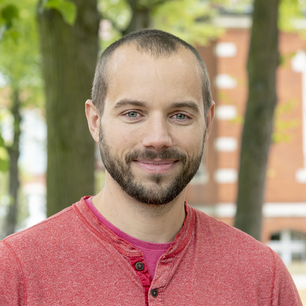