Safety of structures Efficient and wireless monitoring of traffic structures

By 2030, the German government will have invested more than €260 billion in roads, waterways and the rail network. The majority of this money flows into the renovation of existing transport routes. At the moment it is still very expensive to establish repair requirements.

If things go as BAM hopes, damage to traffic structures will in future be identified more quickly, efficiently and cost-effectively using wireless sensors. BAM has been researching wireless scrutiny of the fabric of traffic structures in several projects since 2006, particularly concerning bridges. It has developed an automated multi-sensor platform for car parks that have been heavily affected by salt.

The concrete used in bridges and car parks is strengthened using reinforcing steel. The concrete surface in turn protects the steel from corrosion. However, this protection deteriorates after years of strain from vehicles, the weather and road salt. Water penetrates through the cracks in the road surface and starts making the steel rust.

Testing the corrosion levels of the reinforcing steel is expensive and can only be done at an advanced stage using visual checks. With their research, BAM is helping to identify damage as early as possible using embedded sensors and automated tests, and thereby to keep the repair costs as low as possible.

BAM has demonstrated in their BetoScan project, under the leadership of Dr. Herbert Wiggenhauser and Dr. Marcus Stoppel, that wireless sensors can successfully examine traffic structures. Measuring robots drive around car parks, measure the building fabric, evaluate the data, and record it on maps. Project partners from industry are already implementing the methods in their car parks above and below ground.

The measuring robot is ideal for these special deployment sites. However, it cannot drive along the underside of a motorway bridge.

Sensors in the concrete

A team led by Dr. Matthias Bartholmai is therefore examining the possibilities of embedding sensors directly in bridges in the Communicating Sensor Systems for Monitoring Building Parts and the Environment (KonSens) Project. RFID sensors (Radio Frequency Identification) measure values such as humidity, temperature and indicators of corrosion and feed these back to the controller's hand-held reader device.

RFID technology has the advantage that it does not only transfer data, but also energy. The measurement and reading of the sensor is carried out solely by the energy from the electromagnetic field created by the reader device. This is a requirement for the technology to work, since a battery embedded in concrete cannot easily be changed once it has discharged. Matthias Bartholmai explains: "This sort of permanently embedded sensor can remain in the fabric of the structure for its whole life time."

Monitoring bridges throughout their life span

BAM's research is contributing to the further development of construction testing and helping to reduce costs and save time.

The first sensors have already been built into a test bridge as part of the KonSens project. In one scenario, BAM is testing whether measuring devices installed on passing cars can read the sensors. If they can, controllers could possibly carry out this work without disrupting road traffic. 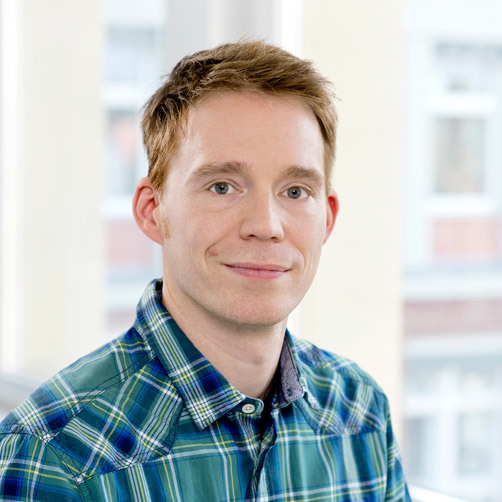