Buses are one of the safest forms of public transport. However, if there is an accident, often serious damage occurs and the accident may be caused or followed by a fire. For instance, a major bus fire took 20 lives in Hanover in 2008. On another occasion, a serious blaze occurred in a Bottrop bus depot in 2011 resulting in the total loss of the hall and the parked vehicles.

How could this have happened? Was it the fuel that caught on fire so quickly? But how could the fire spread at such a speed, especially in the interior of new buses? And why did the passengers often have no time to get to safety? The deduction is obvious: it was caused by the materials. Today bus interiors are fitted out with materials that have not been used before and they are usually plastics with low weight and good mechanical properties. However, the fact that many of these plastics are easily flammable and can develop toxic fumes had not been recognised for quite some time.

The public were alerted

Manufacturers, transport companies and guardians of public safety were alerted. The Federal Highway Research Institute initiated several major research projects on the subject from 2009 to 2014. Headed by Dr. Anja Hofmann-Böllinghaus, a BAM team carried out experimental investigations and numerical calculations together with the SP Technical Research Institute Sweden. The model verified the very rapid spread of fire in the serious 2008 bus fire. The same numerical model was also used to look into the influence of different materials, ventilation systems and sources of fire. The experts confirmed their suspicion: materials used in bus interiors contributed significantly to the rapid spread of the fire: ceiling linings and passenger seats were identified as the main culprits.

In addition, fire experts developed recommendations to improve fire safety for buses and ensured the latest scientific data were available to responsible bodies, and they authorised the revision of existing safety regulations.

The work of the fire experts from BAM and the Swedish partner institute has been successful. Many of their recommendations have been implemented over the past few years: smoke detectors in areas not visible to the driver and fire tests for all vertically installed materials. Materials approved for the railway can also be used for buses without further testing because they have already passed stringent safety tests. The amendment of the UN ECE Regulation 107 makes engine extinguishing systems mandatory for buses.

Manufacturers, travel companies and, last but not least, the growing number of travellers for whom long-distance buses are the preferred choice are all united by a common interest in the safety of travel. Stricter regulations for buses will increase safety for all road users in future. 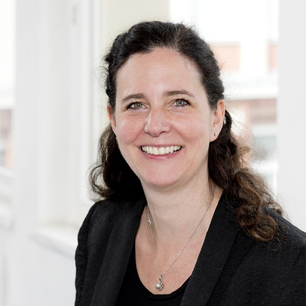