Rats, mice, woodworm, moths, mosquitoes, moulds. Alone the listing sends chills up many people’s spine. They are considered pests and we use biocides to kill these organisms and protect materials or products from infestation. However, living organisms can get used to an active agent over the time and become insensitive: they become resistant and the biocide no longer works.

Certain bacteria cause illness in humans. We use antibiotics against them which is the same principle but against a different object. Unfortunately, disease-causing bacteria can also adapt to changing living conditions and become resistant so the antibiotics then no longer work. The dangerous ‘hospital germs’ are one example.

Biocides are chemical or biological substances and products that are used to destroy, deter or render harmful organisms harmless. These include mosquito sprays (repellents), rat poison, chlorine in swimming pools, and disinfectants and material protection agents such as wood preservatives. Biocidal products are approved in the EU by the EU Biocidal Products Regulation. It distinguishes biocides from pesticides and medicines, some of which have the same target organisms for biocides but represent a different, historically evolved, specific application.

Resistance is a biological phenomenon that enables organisms of a species to grow in the presence of very high concentrations of an active agent that would otherwise inhibit growth for the rest of the species. Such resistance can also occur against biocides, then it is called biocide resistance. Resistance occurs when organisms are exposed to low doses of a toxic substance for extended periods of time so that although they are impaired, they can still multiply. Certain individuals in the group will have a strong growth advantage in such a situation if their genetic material can change sufficiently to annul the harmful effects of the substance.

Cross-resistance describes a biological phenomenon in which an organism is resistant to two or more toxic substances. This resistance is mediated by one and the same molecular mechanism. For example, some bacteria have molecular pumps that can channel different drugs out of the cell making the active agents no longer dangerous to the cell. Importantly, such pumps can establish themselves in the bacteria in the presence of only one substance, e.g. in the presence of a biocide. However, the bacterium that has such a pump now also becomes resistant to certain antibiotics.

It is important to preserve the efficacy of biocides and antibiotics. In addition, these substances should not enter our environment in an uncontrolled manner otherwise there is a risk that other uninvolved organisms will be exposed to low doses of these substances and also develop resistance.

Dr. Frank Schreiber and some of his colleagues from the Biodeterioration and Reference Organisms Division are researching a territory still not well understood. "Some examples from research have shown that cross-resistance between biocides and antibiotics can occur. This is known for wide spectrum biocides such as silver or quaternary ammonium substances", says Frank Schreiber. "Cross-resistance can arise when the bacteria grow in the presence of and adapt to biocides. This adaptation also helps the bacteria fight off antibiotics. We want to know if and which special combinations of antibiotics and material protection agents can lead to antibiotic-resistant bacteria on surfaces."

Many people are dealing with precisely this problem in their everyday work, e.g. doctors and nurses in hospitals. They must disinfect medical surfaces, equipment or implants, i.e. make them germ-free before using them. But what happens if the remedy only works poorly because an environment has developed in which certain germs can still grow and neither the disinfectant – i.e. the biocide – nor the antibiotic administered to humans can harm them? Then it becomes a considerable health risk and a high cost.

In addition to interactions on surfaces and the formation of cross-resistance, Frank Schreiber is also interested in learning what happens when biocides are cyclically used on surfaces, as is often the case with things like disinfectants and with applications in industry. "A high dose is used repeatedly and then nothing. It has been observed that this cyclical use can lead to microorganism populations exposed to this stress developing the very special property where individuals gain a higher stress tolerance. They are more persistent than others and can survive longer. This phenomenon is called persistence and it has also been described for antibiotics. Persistence is always a first step in developing resistance. Though this remains to be investigated in biocides", says Frank Schreiber.

Furthermore, the team is researching the potential for the development and spread of biocide resistance in the environment. "We are interested in how biocides that are leached from materials into the soil affect the spread of resistance between different bacteria", says Frank Schreiber.

Legislators have defined the use of hazardous substances in different regulations. One and the same active agent may be approved as a biocide, a pesticide or as a medicine depending on its intended use. Product assignments make the difference. Biocides are approved for Germany by the Federal Office for Chemicals (BfC). Experts from BAM and other federal agencies provide support by expert opinions. The EU Biocidal Products Regulation provides for a comprehensive assessment of resistance and cross-resistance development of biocides within the approval process. The responsible regulatory authorities headed by BAM have now established the biocide resistance working group to improve coordination. The objective is the safe use of biocides and the preservation of biocidal agents to protect human health and our infrastructure. 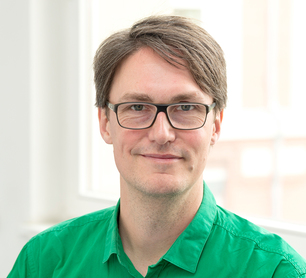