Biodeterioration Learning from the social cockroaches

BAM’s termite collection is unique. Only a few hundred insects show up near the containers’ surface, but their overall number must amount to several million. “Termites usually build their nests underground,” explains Prof. Dr. Dino McMahon. “That’s why you don’t see that many.” Termites make no differentiation as to whether they eat the wood of a dead tree or a man-made structure. They eat everything and also destroy concrete and plastic in order to get to their food.

BAM breeds 25 particularly voracious termite species in Berlin. McMahon is also interested in their immune system. Termites are very social animals and they form large insect colonies that can comprise several million members. Their organisation helps them ward off pathogens. McMahon wants to understand this protective mechanism. “We are looking for a way to outsmart the termites’ immune system,” he says. This could reveal a new strategy to combat the gluttonous insects.” A termite colony without immune defence would not be able to survive a simple infection by bacteria or fungi.

Wood protection is a major task, especially in warm, humid climates. Up until now, timber has had to be treated with pesticides. BAM tests the effectiveness of these products. To pass the test, a treated piece of wood must survive 60 days without damage in a container full of termites.

Nevertheless, BAM researchers are looking for environmentally friendly alternatives. The immune system of the animals may be a vulnerability. McMahon’s team has discovered that their immune response takes place at two different levels. First, each individual animal can fight back. “The insects react by producing toxic substances that kill the pathogen,” explains McMahon. There is even evidence that termites can remember previous infections to a limited extent and adapt their defences accordingly.

However, even more exciting for the scientist is how the collective responds to an infection. It’s a kind of social immune defence. “The termites exchange information about the location of a threat or infected nest dwellers,” observed McMahon. “Then there is a common reaction and the termites clean the fungal spores or bacteria from their companions’ exoskeletons.”

Video cameras will soon be able to track the interaction and computer algorithms will help evaluate movements and behavioural patterns in the colony. BAM researchers want to understand how this behaviour is conveyed. Sometimes the collective reacts even more radically and fellow species are eaten alive. “We do not know when the infected insects are cared for or when they are eaten,” explains McMahon.

To answer that question, the team takes a step back in evolution and also looks at wood cockroaches, the ancestors of termites. But while cockroaches live a solitary life, termites are social animals. McMahon is now looking for differences in the genome which may be a source of the pronounced social behaviour of termites. He is also investigating which genes are turned on when the animals are exposed to infection.

His analysis has revealed that there are not only differences in the genetic profile between cockroaches and termites, but also in the defence response. The termites’ immune system is adapted to their various roles within the social fabric. These findings should help develop new strategies as to how the termites’ immune system can be weakened. Termites may also respond to specific DNA snippets that they eat and alter the activity of their genes. Initial experiments have already been conducted. The team around McMahon is currently focusing on GNBP2, a protein that plays an important role in termites’ immune defence. It is already known that the activity of this protein can be blocked by the sugar molecule GDL (glucono-1,5-lactone). “When we mix GDL into the feed, the termites’ cleansing social behaviour decreases significantly during an infection,” explains McMahon. GDL is naturally occurring and is harmless to most other insects. 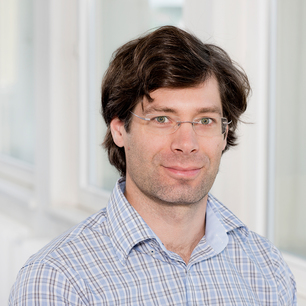 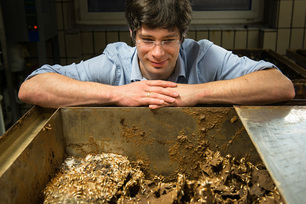 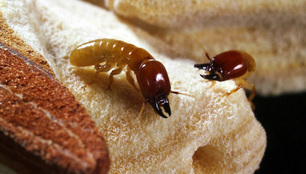