Light at the seabed New possibility for monitoring submarine cables

Offshore wind turbines produce energy particularly reliably. However, the cables that transport the electricity ashore can be damaged. A BAM team has achieved a breakthrough in sensor monitoring.

Over 1300 wind turbines are already installed in the North Sea and Baltic Sea where the wind is particularly steady. Copper submarine cables as thick as an arm transport the generated energy to the coast and feed it into the power grid. At the same time, the cables are one of the most vulnerable parts of the system: Each failure of the power transmission causes millions in costs for network operators. The use of special ships to recover and replace the cables is also expensive. For this reason, the Federal Ministry of Education and Research launched a project in August 2015 aimed at ensuring secure network operation and seamless monitoring of submarine cables. The goal was to develop sensors that would ideally warn of dangers before any damage occurs.

The challenge was welcome for Katerina Krebber and her team. The physicist, who has been working at BAM since 2004, is one of the leading international experts for a special distributed fibre sensor method. Her research, however, focuses on cables that are barely thicker than a human hair – optical glass fibre.

Katerina Krebber makes use of an effect that the French physicist Léon Brillouin had already predicted in 1922: when light hits acoustic waves, only part of the optical energy is transmitted; the rest is reflected back by the acoustic wave. And it is precisely this backscattering that can be used to transform a fibre optic cable into a sensor over its whole length. The procedure looks like this: a laser beam is sent through the optical fibre. If the cable is stretched at a certain location or if it is affected by heat, then the velocity of the acoustic waves in the glass fibre will change there. They propagate slower or faster and thus influence the backscattered light – especially its frequency.

A connected measuring device can clearly detect this change. What is even more remarkable is that based on the time required for the light to travel to a location and back, researchers can calculate exactly where the strain or temperature change affected the fibre. "This is a unique advantage of fibre optic sensor technology because on the one hand the whole fibre can be used as a sensor and on the other hand the location of the event can be determined," explains Krebber.

How glass fibres relate to submarine cables at the bottom of the sea? Nowadays, the hair-thin optical fibres are almost always laid when supply pipes are built under roads or new railway lines are constructed. Fibre optic cables are the nervous system of the information age – Internet data streams flow through them. And the operators of wind farms have long since built them into their submarine cables, protected by a sheath.

However, the distributed fibre optic sensor method, which is based on the "Brillouin optical frequency domain analysis" for determining the location, has so far been limited in its range. This method is considered to be particularly precise and cost-effective for monitoring large structures and technical facilities. However, research teams worldwide have not been able to exceed the sensor-range-limit of approximately 20 kilometres. "Laser light that propagates through a glass fibre is continuously attenuated by interactions with the material – and at some locations there is simply nothing left that can be scattered back," explains Katerina Krebber. However, Germany's offshore wind farms are particularly far off the coast: up to 100 kilometres and more.

Increasing the Sensor-range of more than 20 kilometres: A complex interaction

Krebber and her colleague Thomas Kappa achieved a breakthrough in 2019 when they first increased the range of the Brillouin optical frequency domain analysis in the laboratory to a good 60 km, then even to 100 km! During the experiment the glass fibre was wound onto a spool.

How was this quantum leap possible? "First of all, we amplified the acoustic waves that propagate through the glass fibre. This makes the backscattering effect stronger," describes Katerina Krebber. "Then we also sent a laser beam into the other end of the fibre to amplify the backscattered light. And finally, we used a fibre material in which the light waves do not attenuate so significantly." The way she explains it, everything sounds very simple. "The truth is that this is an extremely complex interaction of several physical effects," adds the BAM researcher.

Her team’s development is far ahead of her competitors’. Next they want to increase the range of related distributed fibre optic sensor techniques to detect vibrations and humidity in submarine cables. "The technology using the Brillouin effect is immediately ready for use," says Krebber. "The requirements are already lying at the bottom of the sea." 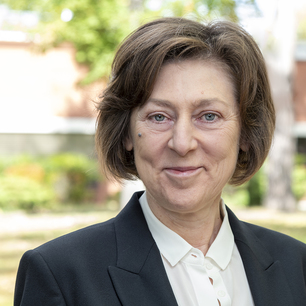