Lithium-ion batteries are an important component of energy transition. Due to their high energy density, however, they can ignite and are then difficult to extinguish. In order to assess these and other dangers more precisely, BAM is systematically researching energy storage systems for the first time.

The German Federal Government has declared battery technology a key element of energy transition. Lithium-ion batteries are already being used as decentralised buffers not only in electrically powered cars, but also in homes and industrial sites, to store energy from wind or solar power plants. Such stationary large-scale energy storage systems will experience an increased demand for ensuring stability of power grids in the future.

"Lithium-ion batteries have become an indispensable part of our everyday lives" says Rico Tschirschwitz. "However, the general public will only accept its further expansion if the technology is perceived as safe." Tschirschwitz is coordinating a new research project in BAM which aims to investigate the dangers of lithium-ion batteries more closely.

In principle, the technology is considered reliable; but strict UN standards must be observed even for the transport of batteries. However, if a battery becomes too hot during operation or is exposed to mechanical damage from the outside, a short circuit can occur. This, in turn, can trigger a 'thermal runaway' which is a self-enhancing process with more and more heat produced. The battery can release toxic and flammable gases (e.g. carbon monoxide, various hydrocarbons or hydrogen fluoride) and in a worst case scenario it can start to burn.

So far, there have been numerous individual studies on this topic. However, they use different measurement methods and their comparability is therefore limited. The hazard potential of lithium-ion batteries has not yet been systematically classified either.

"This is also due to the fact that there are many different types of batteries" explains Rico Tschirschwitz. "A lithium battery for electric cars, for example, consists of many modules, which in turn consist of numerous individual cells, some with more than 20 components. Cells also differ in terms of their chemical composition and arrangement, i.e. their geometry. They contain rare earths and metals, plastics, graphite or silicon. All this has an influence on potential hazard scenarios. After all, the size and age of a battery and the fact how many charge cycles it has already undergone also affect how easily a thermal runaway can occur".

The aggregate of these factors makes a precise supposition about the actual risk potential of a battery a rather complex task. However, BAM has the technical infrastructure and scientific expertise to test batteries comprehensively. As a senior Federal authority, it has already tested packagings in which defective batteries are transported and BAM makes the decisions as to whether they can be approved.

Rico Tschirschwitz and his colleagues intend to systematically investigate lithium-ion batteries at BAM Test Site for Technical Safety in Brandenburg in the coming years. They will test all types from button cells to car batteries, which can weigh up to 800 kilograms.

They bring the batteries to a state of thermal runaway by supplying heat or by overcharging them in an autoclave, a gas-tight sealable pressure vessel weighing tons. They then determine and quantify the gases released. Their attention will be focussed among others, on hydrogen fluoride from which hydrofluoric acid can be formed. This extremely corrosive substance may become a danger in a real accident, especially to rescue forces.

They use three different methods to measure heat release. Tests on smaller batteries are to be incorporated into the construction of a large-scale test stand which will also be used to test large car batteries.

Finally, all types of batteries are to be tested at different states of charge in serial tests. The research will be taken down to the nano level of batteries in cooperation with MEET (Münster Electrochemical Energy Technology), the university's battery research centre.

Notes on fire protection and recycling

The tests should enable the establishment of parameters for assessing the hazard potential of a battery. "We want to give hints for designing fire protection in homes with decentralised energy storage systems" says Rico Tschirschwitz. "We want to provide the manufacturing companies with recommendations on how changes in design can be used to upgrade batteries. In this way, we as BAM can contribute to preventing accidents with batteries as far as possible, or at least, to reducing their effects to a harmless level. We would like to show fire brigades and rescue services what to do if an electric car catches fire on a motorway or in an underground car park. We would also like to advise recycling companies on the safe handling of old batteries."

And finally, national and international committees where BAM is also involved will help integrate the results into standards and regulations which will make lithium-ion batteries even safer in the future. 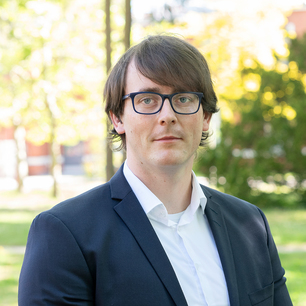 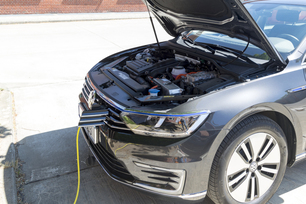