The next-generation offshore wind turbines are giants of the seas: From the surface of the water to the tip of the rotor, the giant towers measure 260 meters and thus tower over Cologne Cathedral by more than 100 meters. The rotor blades have a greater wingspan than an Airbus 380 jet. The new turbines generate up to twelve megawatts, enough to supply 19,000 households with electricity.

The new gigantic turbines pose completely different technical challenges. BAM has been researching the safety of offshore wind turbines for almost two decades and thus supports the switch to renewable energies. The focus is primarily on the parts subject to particular mechanical stress: Foundation piles, support structures and rotor blades. "Huge forces act on the structures," says BAM engineer Matthias Baeßler. "On the open sea, the towers have to withstand strong currents, swells and raging storms. This is especially true for the new giant towers."

Supported by a single pile of steel
20 meter long welds
How do you avoid "pile dents"?
Field tests with different soils 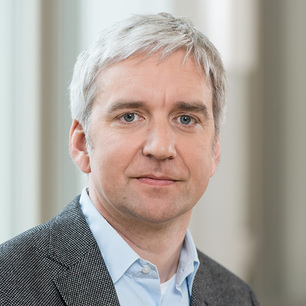