Countries such as the UK, France and Norway plan to stop authorising new vehicles with diesel or petrol engines in the medium term. The development of alternative fuels and technologies therefore appears all the more urgent. Interest is currently focused on electric automobiles with batteries as a power source. However, the limited range of electric cars makes a wide adaption unlikely in the foreseeable future. Hydrogen or natural gas powered vehicles are a possible solution – bearing in mind that hydrogen cars with fuel cells are also categorised as electric cars.

“Natural gas in compressed or liquefied form is currently the most plausible bridging technology,” says Dr. Thomas Gradt from the Macrotribology and Wear Protection division at BAM. While natural gas is considered a fossil fuel, it consists of up to 99 percent methane and its combustion produces less CO2 than petrol or diesel fuel. In addition, methane is the main component of biogas and can also be produced synthetically. Thus, natural gas technology is a bridge towards the use of renewable fuels in the transport sector.

There are already more than 22 million natural gas vehicles worldwide. According to German Energy Agency, approximately 200,000 lorries and buses powered by LNG (liquefied natural gas) are used in China alone. Although the use of LNG is technically complex, its high energy density makes it particularly advantageous in long-distance use.

Developing an infrastructure for a reliable and safe fuel supply is crucial for the expansion of natural gas and hydrogen in the transport sector. In the long term, industry experts believe that power-to-gas (P2G) will be a key technology for the energy transition. P2G technologies can convert electrical energy from wind or solar power into hydrogen through electrolysis. By adding carbon dioxide to hydrogen in an additional second step, methane, i.e. natural gas can be synthesised. “This method enables the use of temporary excess electrical energy for water electrolysis,” says BAM scientist Thomas Gradt. The hydrogen obtained can be reconverted into electricity, can be fed into the (already existing) gas network directly or after methanation, or can be provided as fuel at gas stations.

Consumers expect components for hydrogen and natural gas powered vehicles and their associated infrastructure to be safe and reliable. According to Gradt, friction-stressed surfaces in motors, compressors, pumps, regulating and shutoff valves are particularly critical.

Liquefied fuels are particularly challenging. “The boiling temperature of natural gas is -161.5 °C, and that of hydrogen -253 °C. Any lubricating oil and grease solidifies at such low temperatures,” explains Gradt. He and his team are therefore developing materials requirements for the safe operation of components for liquid natural gas and hydrogen. These requirements will be subsequently incorporated into technical specifications and regulations.

To this end, BAM has set up a unique hydrogen laboratory in Europe, which has been able to carry out measurements in both gaseous and liquefied natural gas since 2014. Initial results show that materials for friction-stressed components often have even more favourable properties in cryogenic ambient media than in the air. Such advantageous materials are, for example, composite materials with PEEK or PTFE as the main component. The abbreviation PEEK stands for polyetheretherketone, PTFE for polytetrafluoroethylene. Both are high-performance plastics. Some solid lubricants such as graphite have also proven to be well suited for coating or as ingredients of composites.

Whether natural gas or hydrogen cars will be widely adopted in the future depends on many factors. BAM’s research contributes to the assurance that these new technologies meet the same high safety standards as conventionally operated vehicles. 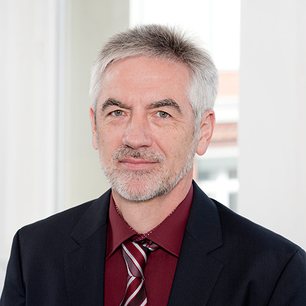