There is hardly any data on how pharmaceutical substances are transferred into breast milk. This repeatedly puts nursing mothers who have to take antibiotics or painkillers in difficult situations. A new rapid test may soon provide greater certainty.

It was a personal experience that sparked Anna Raysyan's interest in her latest field of research. The Armenian-Russian scientist was already a PhD student at BAM when in 2017, her cousin asked her for advice: “A doctor in Moscow had prescribed her the painkiller diclofenac. As my cousin had just given birth, she was naturally concerned that she might pass on the active substance to her child when breastfeeding and thus harm the baby. This was a key moment for me.”

For ethical reasons, medical studies on pregnant women and nursing mothers are not allowed within the EU and in many other countries. As a result, little reliable data is available on how medical substances pass from the blood into breast milk, how long they remain there and what they do in infants’ bodies.

The uncertainty of how much will be passed on

“However, nursing mothers sometimes cannot avoid taking painkillers, antibiotics or other medications. It is generally advised to use short-acting medicines immediately after the last breastfeeding session, so that the active substance concentration in the blood is already low when the baby gets hungry again. What remains is the uncertainty as to whether and how much of the medicine is still passed on through breast milk,” explains Raysyan. At that time, Raysyan was developing a test method for the chemical bisphenol A, a hormonally active compound emitted by certain plastics. Raysyan then wanted to see if it is possible for the test to also detect the painkiller diclofenac in breastmilk using other antibodies.

Antibodies are protein molecules that occur naturally in human organisms: they are produced by defence cells to mark pathogens such as bacteria or viruses and thus identify them for destruction by phagocytes. What is special about antibodies is that they are very specific and only recognise a very specific chemical structure, for example on the surface of a particular pathogen. They function according to the lock-and-key principle.

Pregnancy tests can detect certain hormones by binding to antibodies. Anna Raysyan decided to make use of this test method as she wanted to develop a test that would enable nursing mothers to check the concentration of medical substances in their breast milk themselves at home.

Raysyan wanted to find a practical solution for the test and came up with plastic cassettes the size of a credit card, which she equipped with the test strips. To enable mothers to immediately evaluate the measurement results at home, Raysyan together with a project partner have now developed a smartphone app. Breastfeeding mothers can enter into the app their body weight and that of the baby, the name of the medicine and the time when it was taken. A photo of the test strip's detection zone is all that is needed, and the app makes specific recommendations on breastfeeding behaviour based on databases containing information on the active substance. The application runs on two thirds of all new-generation smartphones. It also indicates when the next test should take place.

“We placed great emphasis on data protection when developing the app,” emphasises Raysyan. “All personal data remains in the smartphone. The concentration of the active substance in the milk can be detected through the discolouration of the detection strip and the name of the medicine.”

Meanwhile, in the laboratory, she has successfully validated the principle according to which her smart rapid test works. “Eight healthy women who were not taking any medication provided breast milk. She added antibiotics and painkillers to the milk before the tests and was then able to detect them correctly.” Her test now works for all those antibiotics that doctors most frequently prescribe in Germany and Russia. And she has already participated in several competitions where her rapid test idea was tested for feasibility: “The verdict was positive.”

The next challenge is to bring the procedure to practical maturity. Anna Raysyan would like to develop a test strip made of the best environmentally friendly material possible because after a single use it is of course no longer functional. The housing should also be made of recyclable plastic. 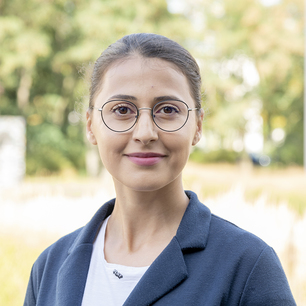 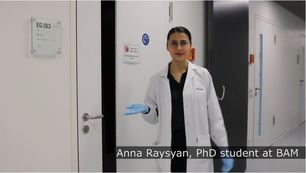