The counterfeit food trade is a multimillion-dollar business. Detection of counterfeit products has been expensive and time-consuming. BAM is developing a faster and much more cost-effective method.

Wine, cheese or other foods from protected regions of origin can generate particularly high profit margins. They are therefore very popular with counterfeiters who often dilute them with inferior ingredients or falsify their origin. Consumers can hardly protect themselves against fraud because the differences cannot be detected with the naked eye or in many cases cannot be tasted.

Food chemists usually use mass spectrometry to check the authenticity of products. However, the tests take up to two weeks and the required laboratory equipment costs several million euros. Carlos Abad Andrade, a chemist at BAM, has been looking for a method that can accelerate the analysis and make it less expensive. His idea is to use light waves to take isotope fingerprints from a food product in order to clarify its origin. The distribution of the isotopes of certain chemical elements such as oxygen, hydrogen or nitrogen is characteristic and unique for every region on Earth.

Abad drew on astrophysics for a suitable analytical method in his search: star researchers can determine the age of distant celestial bodies using high-resolution optical spectrometry. The Venezuelan-born scientist has adapted the method for food analysis in four years of intensive research. “Each chemical element contains atoms with different masses or isotopes,” explains Abad. Isotope analysis are very accurate – although astrophysicists have no way of taking material samples from the stars.” Instead, they use the light emitted by distant suns. The waves first pass through clouds of isotope mixtures in their own atmosphere. The isotopes in turn absorb part of the light energy: the heavier they are, the more they absorb. When the remaining light reaches Earth, astrophysicists break it down into its spectral colours and can detect which isotopes constitute a star. “This is like a fingerprint,” explains Abad. “It is characteristic of every star and allows conclusions to be drawn about its age.”

The ratio in which certain boron isotopes occur on Earth and are deposited in plant and animal tissue can be used for food analysis. Boron-11 accounts for 80 percent and boron-10 for 20 percent of boron isotopes. This ratio is almost identical everywhere around the globe. “There are tiny but characteristic differences from region to region that we know very well,” says Abad. “If one determines the distribution of boron isotopes in a sample, it is possible to get a fingerprint of the product and determine where it comes from.” Other applications are also feasible: the method can also be used to determine the sources of environmental pollutants, such as pesticides or industrial waste. A long-term goal is to determine the origin of chemical warfare agents.

Carlos Abad is working on an analytical device that is about twice the size of a microwave. “It is the prototype of a new spectrometer that Analytik Jena hopes to bring to market. We BAM researchers are using it in cooperation with the company and the Leibniz Institute for Analytical Sciences (ISAS).” The spectrometer has a small furnace that can generate temperatures of up to 2,500 degrees Celsius. After the furnace heats up, gases flow into the combustion chamber and react with the ingredients of the sample. Abad produces certain chemical compounds of elements whose spectral properties he knows and then irradiates them with a light source. The isotope compounds absorb part of the light much like they do in the vicinity of the stars. The resulting spectrum is captured by a high-resolution detector: “Until now, it was technically impossible to record such detailed spectra, and moreover, in a very broad wavelength range from ultraviolet to infrared,” says Abad.

The BAM researcher uses intelligent software to analyse the large amounts of data generated by the spectrometer. Comparative measurements using a mass spectrometer, the traditional tool of food analysts, show that the results obtained are reliable. The high-resolution optical spectrometry developed will soon be suitable for practical use and can be implemented in other fields as well. It will soon no longer take weeks to analyse the origin of a food product but only a few hours – and it will also be more economical in the future. And maybe it will deter counterfeiters, thus helping to preserve the authentic taste of quality food products. 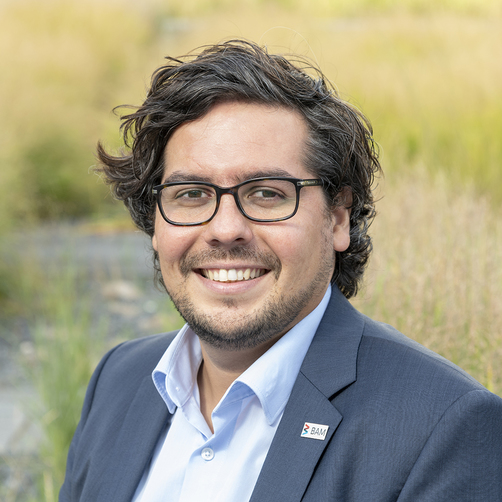