Mortars and their modern equivalents, ball or vibration mills, are mostly used by chemists to grind materials. They are an example of a tried and trusted, everyday tool. What is more, they were being used as early as the third century for the synthesis of chemical substances. The Baltic German Nobel prize winner Wilhelm Ostwald (1853-1932) described the method of grinding, mechanochemistry, as the fourth option for producing chemical reactions, alongside electrochemistry, thermochemistry and photochemistry.

Further research into mechanochemistry continued in eastern Europe, while in the West it fell into oblivion. "Now it is back in fashion again," says Dr. Franziska Emmerling, Head of the Structure Analysis Division. But why? The advantage of the mechanochemical process is that no solvents are required. Reactions can be carried out more quickly and pure synthesis products can be obtained from the starting compounds. Mechanochemistry offers significant potential, particularly in respect of the desire for greater sustainability in chemical processes – "Green Chemistry".

A look inside the "Black Box"

But what precisely happens when two chemical compounds are ground together? "The grinding process and the exact processes of synthesis are something of a Black Box for us," says Emmerling. She is conducting research within a DFG [German Research Foundation] priority programme on the topic. Firstly, she wants to arrive at a better understanding of the method; secondly, she could also provide other BAM departments with better information about the properties of chemical substances.

Her team has developed a new method to shed light on the matter. To do this they have built a transparent perspex milling cup that resembles a Kinder Surprise egg. This is placed onto an existing ball mill and filled with at least two different powders. If two steel balls are added and the device is shaken for a few minutes, the way the rubbing creates a new chemical compound can be clearly observed.

The vessel needs to be transparent because Dr. Emmerling and her colleagues analyse the grinding process from outside. They do this using "BESSY II", the Helmholtz Association's electron storage ring, located directly opposite BAM's Adlershof site. Electrons are accelerated until they approach the speed of light and are directed around a circuit, producing a wide range of high-intensity electromagnetic waves. These include particularly strong X-rays, which the team needs for these investigations.

X-ray powder diffraction and Raman spectroscopy make it possible to observe at the crystalline and molecular level exactly what is happening during grinding. The results to-date have even surprised Dr. Emmerling, who says: "We had not expected how quickly the reactions would sometimes occur."

BAM's basic research is primarily concerned with improving understanding of the method. "But industry is also very interested," says Emmerling. She can only speculate about what sort of tangible applications mechanochemical processes might support in future. The method is likely to enable the chemical industry to process larger quantities of ingredients at the same time. A better understanding of such processes could also be very useful in the animal feed and recycling industries, where materials are amalgamated using physical energy. 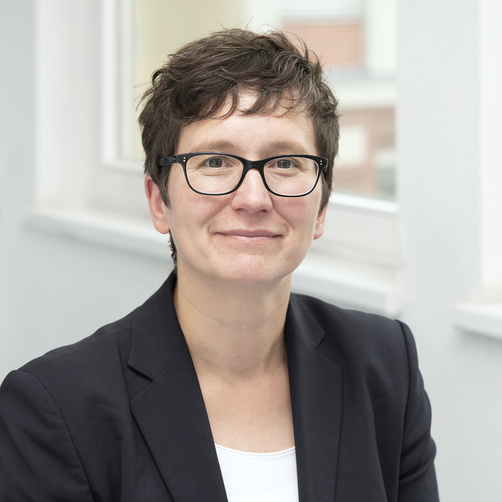