Works of art and cultural objects always have a material aspect. This makes it possible to expose them as forgeries in the event of doubt. Oliver Hahn, however, prefers to study them, using materials research tools, and to help preserve them for posterity.

"Man in a green garment" is the title of the watercolour painting daubed onto paper using bright paints. It was supposedly created by the artist Nataliya Goncharova, who was a member of the Russian avant-garde in the 1920s. A Wiesbaden art dealer had circulated the artwork. There were, however, doubts about its authenticity. The Federal Criminal Police Office commissioned BAM to investigate the painting. Oliver Hahn and his team proved that heliogen blue was used in the painting. Since this synthetic dye did not appear on the market before 1935, the watercolour painting could not be authentic.

This is only one of many spectacular cases in which BAM’s expertise has been consulted. Materials scientists have exposed the alleged Hitler diaries, a fake Rembrandt self-portrait and a copy of a supposed Schubert score.

The material aspect of art

“At BAM we have great expertise in materials testing. And every piece of art or certificate of historical tradition was made with materials,” says Oliver Hahn, who has headed the Analysis of Artefacts and Cultural Assets division since 2012. “Paintings, for example, consist of a canvas, wood or metal medium painted with various paints. These paints contain different binders and pigments, such as blue lapis lazuli or silvery pyrite and other dyes. Manuscripts can be made of paper, parchment, papyrus or palm leaves that are written on using iron-gall ink or carbon ink.” This is a rational view of art or cultural assets, regardless of their artistic quality or significance.

Forgeries can always be reliably detected if parts of the materials used were not available at the alleged time of origin. Oliver Hahn and his colleagues use almost exclusively non-destructive methods for this purpose. They examine the objects using X-ray fluorescence analysis; and the spectra of the emitted light provide information about the substances used. In addition, they use Infrared- or Raman spectroscopy and scanning electron microscopy.

BAM's "art detectives" collaborate with museums, libraries and collections around the world: from the British Museum in London to the Albertina Museum of Art in Vienna and the Bibliothèque Nationale in Paris to the Saint Petersburg Hermitage Museum and the Vatican Museums.

Immersion in a bygone time

Exposing forgeries is only a minor part of their daily work. They prefer a different way of searching for clues: “It is more exciting to use materials research to gain knowledge about the origin of a work,” explains Oliver Hahn. “Infrared reflectography shows that Leonardo da Vinci sometimes used preliminary drawings for his anatomical studies, then ingeniously put them onto a piece of paper, the same as Albrecht Dürer did. Such discoveries give one the feeling of immersing oneself in a distant time and watching the artist at work.”

Another example is the parchment of the famous Dead Sea Scrolls, which preserve biblical texts and sources of Jewish history. The parchment reflects the mineralogical composition of the Dead Sea water because this water was used in processing the animal skins.

BAM scientists are world leaders in the analysis of black iron gall ink which was used in Europe and the Middle East to write and draw from late antiquity to the 19th century. The ink is produced by mixing oak galls containing tanning agents with iron salts. At the University of Hamburg, where Hahn teaches as a professor alongside his work at BAM, the Cluster of Excellence “Understanding Written Artefacts” is building up entire databases of information on the inks used by individual writers and scribes. Under certain circumstances characteristic impurities make it possible to date manuscripts or drawings.

It is known, for example, that Johann Wolfgang von Goethe wrote parts of his Faust II around 1800 and other parts of his main work around 1825. “The text passages cannot be assigned solely based on the typeface,” says Oliver Hahn. “However, we now also have reference data for Goethe’s household at the Weimar Frauenplan. If we compare the ink that Goethe and his scribes used over the decades with such references as dated letters, we can locate many parts of the text more precisely in time.”

However, iron-gall ink also has a destructive effect: it adds acid into manuscripts which eats its way through the paper causing noteheads in Bach scores to break out or destroying entire drawings. BAM advises restorers in archives and museums on the development of protective processes. How do you deal with manuscripts damaged by ink erosion? How can damaged paper be permanently stabilised?

BAM is currently researching how to protect medieval glass paintings against corrosion and browning. For Oliver Hahn, protecting artefacts and cultural assets from decay in this way is an essential driving force behind his detective work. “Artists express themselves in these works. They document the knowledge and aesthetics of their time. It is important to me personally that this knowledge is preserved and can be shared with everyone.” 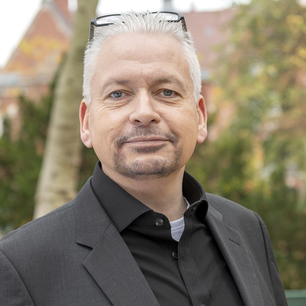 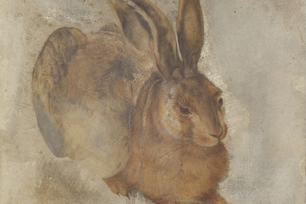