How we work Adolf Martens

Adolf Martens (1850-1914) was a pioneer of materials testing in Germany and headed the Royal Mechanical and Technical Research Institute, the predecessor of today's BAM, since 1884. Here he talks about how important the office is for society and reports on detailed investigations into a major accident in the late 19th century. A talk reconstructed from original documents.

Professor Martens, as a scientist you have introduced microscopy and metallography into metallurgy and as a practitioner you have built a modern materials testing office. What is the importance of testing and research?

We must pay especial regard to the fact that, in addition to the Office’s purely commercial operations, a broader space must be created for scientific tasks. Development and improvement of testing methods (must) be the Office’s principal task and the chemical aspects will notably be considered. As, in close cooperation with the parties involved, solid and uniform principles for the delivery and testing of samples of cement, bricks, paper, etc. were developed, joint working can also reduce the differences between producers and consumers to the lowest level in many other areas.

Does a materials testing office serve the whole of society because it guarantees safety for all, i.e. for producers and consumers?

… and the Office should be involved in this economic objective. The deeper senior officials penetrate into the nature and needs of technical circles, the greater the benefit the office can generate.

It is necessary to bring the Office’s scientific work to the foreground. The basic condition for this is to establish an efficient staff of independent scientific officers.

What kind of legal form should the institution have?

It is an urgent necessity under any circumstances for the State to have a public materials testing office. By virtue of its position and role in the interests of producers and consumers, it has to rise above the large institutions established by industrial capital. Only in this way you will avoid the risk that the power of capital makes science a one-sided benefit.

Independence is a good keyword. The following can be found in the archives: there was a decree in 1881 that required sample materials to be provided to a neutral testing institute for cause analysis in the case of large disasters in the empire. There was then an accident in the Prince Hardenberg coal mine in Dortmund at the end of 1882. The hoist’s rope broke and 25 men died. The Office was commissioned to do the damage analysis.

After testing the broken ends of the rope we detected general traces of mechanical wear.

You used microscopic tests within the investigations. What did you do??

To solve the problem, it was first necessary to reproduce the breakage phenomena of steel wires on purpose that may have caused a similar kind of rope stress that occurred in reality.

I see, a method that has been applied since then using reference tests and the like. There were seven test pieces, I understand. No. 1 to 6 stemmed from certain parts of the original rope, and No. 7 was a new piece of wire rope made from cast steel supplied by the same Dortmund manufacturer. Have you tested each individual wire strand?

In all samples (of the original rope) the breaking points showed external defects on the surface due to mechanical wear and chemical impact during operation or due to defects in material.

And as you have proved, there were so-called scars and longitudinal grooves in the wires because the wires constantly rubbed against each other due to tensile load changes and pressure in the sheaves’ guides. All in all, a whole package of causes led to the catastrophe ...

Comment: Finally, according to „Mittheilungen aus den Königlichen Technischen Versuchsanstalten zu Berlin“ (Communications from the Royal Technical Research Institutes in Berlin) (Volume Two: 1884) the rope broke because of the combined action of tensile force and bending. 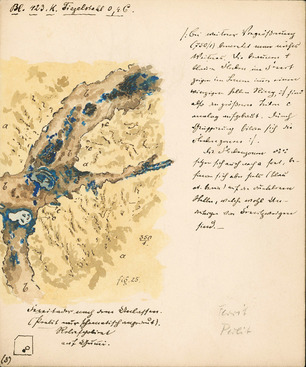